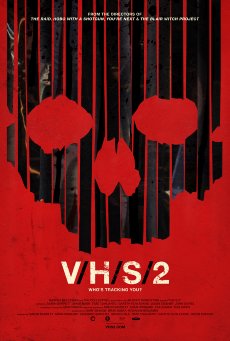 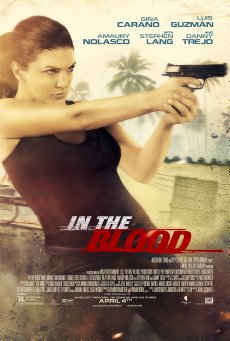 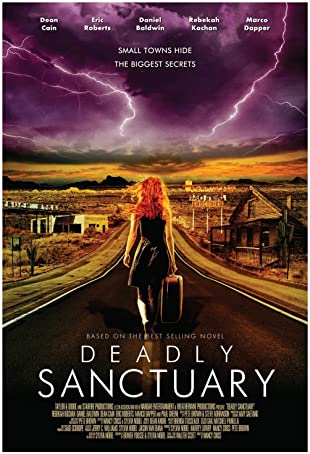 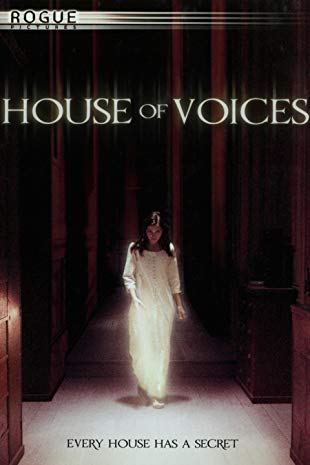 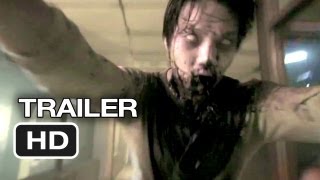 Searching for a missing student, two private investigators break into his house and find collection of VHS tapes. Viewing the horrific contents of each cassette, they realize there may be dark motives behind the student's disappearance.

Searching for a missing student, two private investigators break into his house and find collection of VHS tapes. Viewing the horrific contents of each cassette, they realize there may be dark motives behind the student's disappearance.

~I want to start off by saying that V/H/S 2 is a huge step up from its predecessor. It delivers more chills, thrills, action, and what we enjoy most...FUN! I was completely thrown off when I first watched this movie. I didn't know it was going to be so insane. ~For the people who haven't seen the first V/H/S, basically the movies are about a bunch of 'found-footage' short horror stories played through VHS tapes by people in a house. While they are watching these VHS tapes, something spooky is also going on in the house as well that stretches through the whole movie giving you updates on what's happening in the between changing of tapes. Now let's get to the tapes which is the main focus of this film. I won't give super spoilers, but i'll just give brief description of each tape.TAPE 1 - "Phase 1 Clinical Trials" This ghost story tape is the only one that made me jump a bunch of times. It will be the jump scare tape and that's what it heavily focuses on in scaring you. I enjoyed it for it's jump scares, but there is a questionable scene in there that doesn't make any sense, but luckily, I, a horror movie fanatic, knows that you aren't suppose to take horror movies that seriously or think SUPER deep about it. This one gets a... 8/10 (generous)TAPE 2 - "A Ride in the Park" Ever wanted to see through the eyes of a zombie? Well this is your lucky short. This is a pretty cool zombie short. It could have been just a little bit better, but it is still pretty good thanks to a few awesome scenes in it. This one gets a... 7/10TAPE 3 - "Safe Haven" This insane short is definitely the best out of the bunch. It is completely insane, bizarre, violent, and fun at the same time. Easily the most craziest, but enjoyable short I have ever experienced. If you see this film, make sure you watch this tape. It's long, but the crazy ending is worth it. This one gets a... 9.5/10TAPE 4 - "Slumber Party Alien Abduction" Well, the title of the tape speaks for itself. This short gets pretty fun and intense, but the most noticeable aspect about this tape, is the unique way that it's filmed. The camera is actually attached to the back of a dog, so we see what the dog sees and I had to give a big thumbs up for that. It's pretty creative and actually works out well enough. This tape will have you wondering what the f**k is going on but keep you thoroughly entertained. This one gets a... 8/10Wrap Around Tape/Frame Narrative - "Tape 49" As I said before, this is the story that plays on while the tapes are being watched. Two private investigators are searching for a missing college boy. They break into his house, search for him a little, then start to watch the tapes (which are the horror shorts) that he has. This story had a pretty clever twist in it that leads up to it's ending (which ends the whole film). This one gets a... 7/10OVERALL - 8/10. It's fun, has some scares, is over-the-top violent and insane, and a lot better than the first one. V/H/S 1 fans will LOVE V/H/S 2 and horror fans will love this as well.

Worse than the original and a complete waste of time.

One night, my friends and I were discussing the V/H/S series, and one of them happened to mention thinking about streaming the sequel. Having seen the first one (and being left unsatisfied with it), I decided to check this one out so I could give her my opinion on it. I haven't been more repulsed and let down by a film.To start, the story line outside of the tapes is pretty much the same as the first movie's. There couldn't be another way for someone to discover the tapes? There's still not a way to connect all the tape stories together? That aside, my biggest problem with the movie is that the horror is not smart. There's no real psychological manipulation or realistic monsters. It's all just jumpscares and blood splashing around, because some filmmakers are still under the impression that abrupt loud noises and bodily injuries are scary.The detectives in this film discover four tapes. One guy gets an eye transplant that lets him see ghosts...the only thing cool about this one was the POV being just like a first-person view. He meets a woman with similar abilities, and then they have sex to techno music and that's never explained properly. The next tape is about a guy who gets turned into a zombie in the woods, then he eats some people, then they eat some people at a child's birthday party, then the guy kills himself. A pattern in these tapes is that a normal person encounters something weird, pokes it instead of fleeing, and then everybody dies. Every tape ends the same, so there's absolutely no element of fear from not knowing what to expect. What's to expect? Everybody's going to get murdered, just by a different monster.The next tape, I was absolutely enthralled by for the first while...it focuses on a group of documentary filmmakers who enter a cult accused of child abuse. I was so hooked to this one, until the first jumpscare. Then it escalates into a bizarre series of events, starting with children drinking poison, to people turning into zombies, to a really bad goat suit bursting out of a woman half its size. I've never seen so much potential completely immolated halfway through.The last tape at least had one funny bit where a group of kids burst in on a couple making out, but before I could even finish laughing, the Monster of the Day made a foghorn noise. (These aliens also looked like Slenderman with a cartoon alien's face, pincher hands, and chest hair.) This short features ten-year-olds saying the f-word, a child almost drowning, a preteen boy masturbating on screen, and a puppy falling from a great distance that dies slowly while gazing sadly into the camera. That wasn't clever, that was needlessly sick. The maker of this short was probably trying to assert how daring and edgy they were, but it just made me want to noogie them and shove their head in a toilet.The main tape ended with a woman turning into the girl from The Ring and a guy had an obviously fake dislocated tongue. I've got nothing.As a final film fart, the credits end with the same thing the first movie did...a choppy recap with obviously manmade glitches set to something that sounds like early 1990s punk rock. After that, the technical credits are a way creepier text-on-black set to tape hiss. As I thought after the first movie, you couldn't just keep up the creepy mood and use the black credits? You thought the obnoxious not- quite-dubstep really added something?What a complete disappointment. There was so much feedback on the first movie that the filmmakers could have learned from in this instalment, but they just did the exact same thing before, with old and new faults. This is one of the top five worst movies I've ever seen. If you liked the first movie, don't watch this. If you didn't like the first movie, don't watch this. If your sense of horror and humour are completely distorted, watch this, and then make an appointment with your doctor.

S-VHS Improves In Chills And Thrills