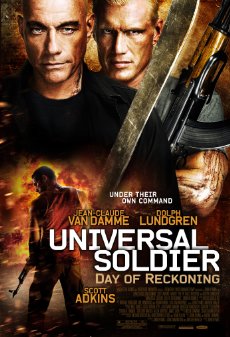 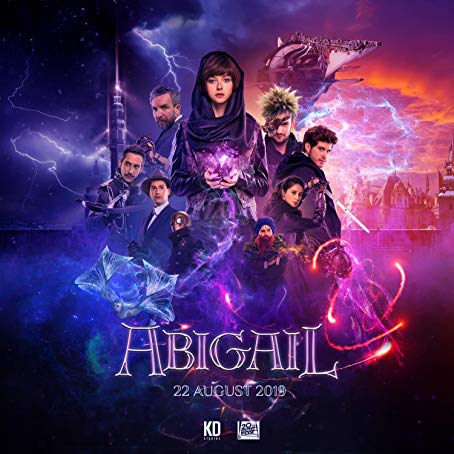 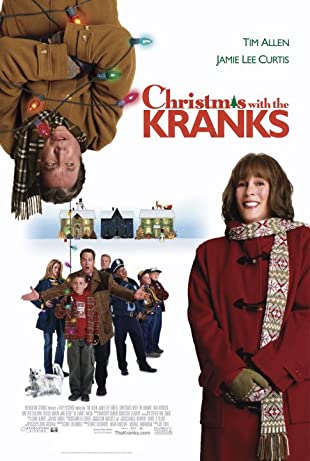 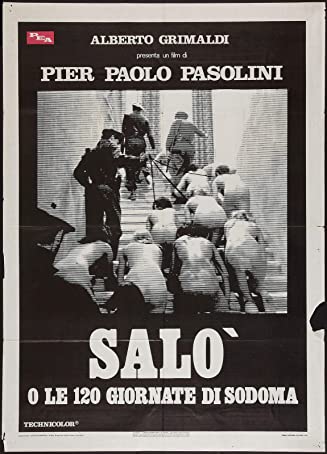 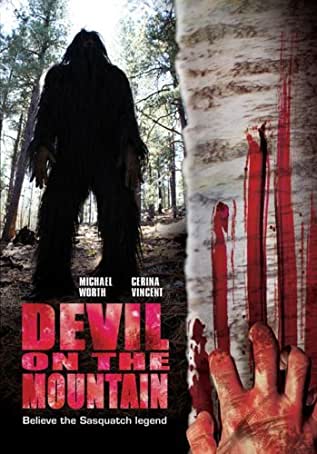 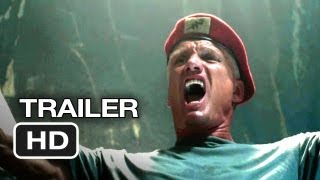 John awakens from a coma to discover his wife and daughter were slaughtered in a brutal home invasion. Haunted by images of the attack, he vows to kill the man responsible: Luc Deveraux. While John tries to piece his reality back together, things get more complicated when he is pursued by a relentless UniSol named Magnus. Meanwhile, Deveraux and surviving UniSol Andrew Scott are preparing to battle anarchy and build a new order ruled by Unisols without government oversight. They are weeding out the weak and constantly testing their strongest warriors in brutal, life-and-death combat. Luc has emerged operating the Unisol Church of Eventualism, taking in wayward Unisols whom the government has been secretly operating as remote-controlled sleeper agents. His mission is to liberate these Unisols from the implanted memories and the lies the government has inserted in them. As John gets closer to Deveraux and the rogue army of genetically enhanced warriors, he discovers more about himself ...

John awakens from a coma to discover his wife and daughter were slaughtered in a brutal home invasion. Haunted by images of the attack, he vows to kill the man responsible: Luc Deveraux. While John tries to piece his reality back together, things get more complicated when he is pursued by a relentless UniSol named Magnus. Meanwhile, Deveraux and surviving UniSol Andrew Scott are preparing to battle anarchy and build a new order ruled by Unisols without government oversight. They are weeding out the weak and constantly testing their strongest warriors in brutal, life-and-death combat. Luc has emerged operating the Unisol Church of Eventualism, taking in wayward Unisols whom the government has been secretly operating as remote-controlled sleeper agents. His mission is to liberate these Unisols from the implanted memories and the lies the government has inserted in them. As John gets closer to Deveraux and the rogue army of genetically enhanced warriors, he discovers more about himself ...

Just the basic story: Scott Adkins awakes in hospital after he dreams about JCVD and some guys in black uniforms kill his wife and daughter. He is then approached by some sort of government agent and starts to search for the killer of his family but it is more difficult than it seems.To be completely honest: I don't think I got the story completely. It includes clones, implanted memories and some twists you wouldn't really expect from a movie like this. This isn't really like the first Universal Soldier (funny), this is actually pretty grim and dry and compared to "Regeneration" it has a way more complex story and clear lead actor this time: Scott Adkins. The first scene is actually a first-person one take, like in an ego shooter. It's a gimmick and I'm not really a fan of this, but it isn't bad at all. It's also raw and brutal as Scott gets beat up by a crowbar and then his wife is killed by a head shot with lots of blood splattering around (The death of his daughter isn't shown). The "Eastern block industrial" feeling is gone, this is rural America - and it's for the better. Of course there aren't any big sets like in The Expendables. This time there's also nudity. A brothel for the Universal Soldiers (where Andrei Arlovski is wrecking some havoc) and a strip club. All this is told with various "experimental" techniques. Strange sounds, flashbacks in which, for example, his daughter appears or his mirror image turns into Van Damme and so on. It's a little bit TOO ambitious for a movie like this. It wants to be deep, David Lynch-like, and, while I appreciate the intention of going away from the simple story of Regeneration the "arthouse approach" doesn't really fit. Scott Adkins also simply isn't a good actor to pull that off. And he still lacks the presence of the old action heroes.Well, yes, the actors. They are horrible. With the exception of Van Damme whose performance as the leader of the rogue Universal Soldier is pretty good and is mysterious presence is definitely something. Dolph finally channels the Andrew Scott from the first movie again, at least, a little bit, and he actually has the only funny line in the movie - "That's the spirit, soldier". What he says when he gets a machete into his arm. You could pretty much picture that in the first movie. Yes, in the movie is serious. No funny one-liners. The only funny thing are the splatter scenes. The movie has lots of it. Adkins loses his fingers, Arlovski half of his foot. Lots of head shots, even an old grandmother gets one, the brothel whores are mercilessly slaughtered.And now to the good things. I mean the really good things. The action scenes. While, I admit it, the first part of the movie is a little bit slow and tries to tell the story as mysterious as possible, it is from time to time pushed by some little action scenes. These are really well-shot, without fast cuts, quite the opposite, slow-mo is used. For what they are (small scale scenes in a movie with a low budget) they are really top-notch. They don't have large set pieces but that is compensates by the violence. Then there is a car chase which is the only action scene that I found a little bit average. It's really nothing special, the one in Regeneration was much better. But of course, the whole scene leads right into a nice battle between Adkins and Arlovski where the beat each other with baseball bats, dumbbells and whatever.Still, all this doesn't make up for the lengths in the beginning. To be honest, if the movie would have went on like that I would have been a little bit disappointed. But then it comes. The showdown is better than anything seen in THE EXPENDABLES I or II and whatever. Really. I cannot think of many action movies that have such an awesome final act where everything just gets bigger and bigger and culminates into two "boss battles". The whole things begins with a minute-long one take where Adkins wrecks havoc and kills UniSols left and there without the movie having a cut.After the disappointing "Dragon Eyes" John Hyams redeems himself and showed that the great action from Regeneration wasn't just a lucky punch. He can also write, although perhaps next time he should get some help. I hope that in the near future he can at least rise enough to take charge of a movie with Jason Statham and his typical production values.I've decided to give this movie a 8/10 because of the great climax.

A much higher class of straight to DVD

This one is a very good trash movie. And I'm serious.It has story, a good one if you come to think about it seriously. It even has nice twist in the end. But it also has so many obviously stupid things that we heartily laughed about. It is just impossible to take it seriously.It has very good combat scenes. Enough of blood and gore for my liking. But every single thing contradicts laws of nature so bluntly that it is just impossible to take it seriously.The struggle between characters portrayed by Van Damme and Adkins is well shown. And you can even sympathize both to great extent. But every single bit of lighting and makeup will turn it to comics. And already sitting with a silly grin at your face you just can not take it seriously.This is very good trash movie! And I really mean it! If you like to watch one do go for this. I haven't seen like this for several years now.

OK this is a very odd film. It does not feel right, its hard to explain but on this film Hyams has nailed it (with help) the direction/editing/cinematography/music....its all too good for this type of film. Not long in to the film I was shocked at how good it all looked from a film structure point, its not a Alien or Godfarther standard but its far above straight to DVD movies, its far better than most big screen films. The only thing that reminds you that this is a small screen film is the cast and their acting ability's (Scott does a good job where he can), but then again if you rented this film you would not be expecting any Oscars, but when it comes to the action side they do a very good job, its very upfront and bloody. The film sits around the 7/10 area, most of these films would normally hit a 5/10 but this one picks up points for the effort that has gone in to making something more than a cheap straight to DVD film. I hope that the same guys who put this together get a bigger film with a upgrade in actors, if they can make a film that looks this good with a low budget I would like to see what happens with a few more million thrown in.

More of a poor re-imagining than anything else. Ignores the great work done by "Regeneration"

The new Unisol film is a surprisingly fresh take on an old franchise. The tone of the movie is completely different from the previous entries that it's hard to compare to its predecessors.Our hero, john (Scott Adkins), awakes to find intruders in his home who kill his wife and daughter. After spending several months in a coma John awakes with a memory loss, only remembering the man who murdered his family, Luc Devreux (Van Damme). The storyline then becomes less comprehensive as we tag along John as he tries to piece everything. The main problem is that nothing is answered, the back story remains hidden and the characters motivations are left unexplained. The movie also suffers from bad pacing, the first half being painstakingly slow with no action happening for the first half of the movie.The good news are that the second half features some badass action sequences and the R rating is used fully, it's a gory movie as it should be. Even though the frequent use of slo-mo is tiring, it doesn't ruin the experience. Too bad all of it is packed in the final scenes of the movie. The movie draws inspiration from different places, from video games to horror movies to Apocalypse Now (you won't miss it), the unique style sets this movie apart from the others but it doesn't help the thin plot or anemic characters.Universal Soldier 4: Day of Reckoning is unique and fresh and I applaud the director for taking a different approach. Adkins does a great job and proves his more than a stuntman. JVCD and Lundgren's roles are smaller than you would expect, but it's a treat to see them on screen again. The lack of a comprehensive plot and or continuity to other films of the series is what hinders this movie from getting a higher rating.Final score: 6 out of 10