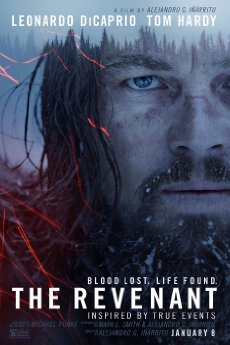 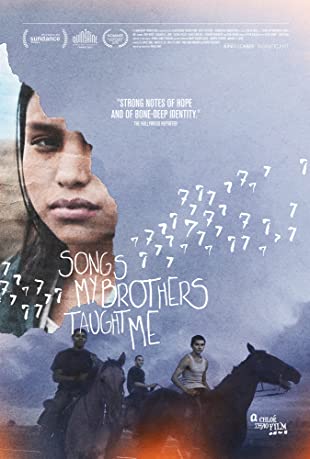 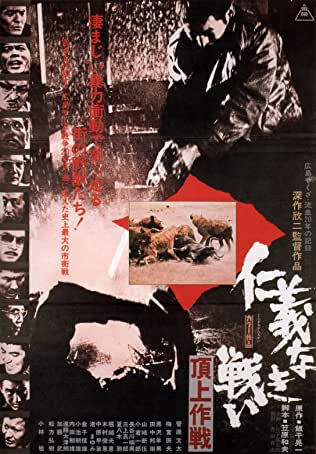 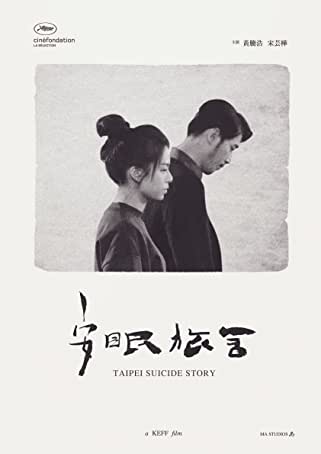 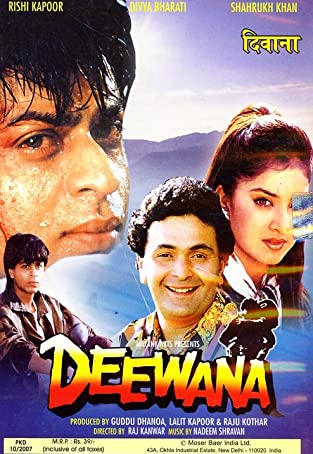 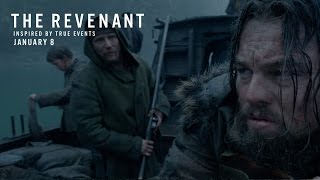 While exploring the uncharted wilderness in 1823, legendary frontiersman Hugh Glass sustains injuries from a brutal bear attack. When his hunting team leaves him for dead, Glass must utilize his survival skills to find a way back home while avoiding natives on their own hunt. Grief-stricken and fueled by vengeance, Glass treks through the wintry terrain to track down John Fitzgerald, the former confidant who betrayed and abandoned him.

While exploring the uncharted wilderness in 1823, legendary frontiersman Hugh Glass sustains injuries from a brutal bear attack. When his hunting team leaves him for dead, Glass must utilize his survival skills to find a way back home while avoiding natives on their own hunt. Grief-stricken and fueled by vengeance, Glass treks through the wintry terrain to track down John Fitzgerald, the former confidant who betrayed and abandoned him.

Will Poulter as Bridger

Great photography, not so great film

A lot has been said and written about this film, mostly about its troubled production - forget all that: it has no meaning whatsoever for the experience this film provides. A word of advice though: if you go in expecting a testosterone-fueled revenge thriller in the vein of 'Apocalypto', you'll likely end up disappointed. It's simply not that kind of film - but that doesn't mean you won't enjoy it if you watch it with the right expectations.'The Revenant' opens with images from a dream; we see snippets of memories showing a peaceful life - and soon the loss of that peace, and the loss of life. The images change and we hear the soothing sound of gurgling water as we follow the camera via a long tracking shot over a flooded forest; it's an image that seems to imply peace, evoking nature's beauty with an almost meditative quality - before the barrel of a rifle appears in the frame.Those first three minutes I just described (which are the only spoilers you will get in this review) set the tone for the film perfectly. It's a film that tells a story of harrowing circumstances through images that are breathtakingly beautiful; a film about survival and death and shocking acts of sudden violence - and yet a film that, despite all its visceral intensity, also has a quiet, immersive quality to it that feels almost hypnotic.Many critics and reviewers have pointed out the stark contrast between the film's poetic beauty and the ugliness of its violence - implying the director wanted to use this contrast to make a certain point regarding mankind's interference with nature. While that would seem pretty obvious (and it probably is at least partly true), I left the film feeling Iñarritu had shown a vaster, far too complete image of the clash between man and nature to justify such a simplistic interpretation of the events portrayed on screen. Whether intentionally or not, Iñarritu shows the star of his film with a complexity and honesty that we normally don't get to see in these kinds of stories. And I'm not talking about Leonardo DiCaprio here (who gives a no-holds-barred, crazy good performance and I'd love to see him win an Oscar for this film) - the star of this film is not a person: it IS nature, plain and simple.The revenge plot - which felt almost like an afterthought or a ploy to give the film a certain structure and a proper ending - is not really the film's main theme or strongest aspect, and it certainly isn't the reason that made this film so compelling to watch for me. Such stories have been told often enough - and often better - than in 'The Revenant'. No, what really made this film stand out for me is that I have NEVER seen a Hollywood film (any film, really - apart from documentaries) that showed nature in such an unflinchingly honest and mesmerizing way as was the case here. And the way I perceive it, Iñarritu sees his human protagonists as being very much a part of nature as a whole - regardless of their destructive behaviour. It's that refreshingly wholistic approach (which some viewers might perceive as nihilism on the director's part) that I found to be the film's biggest accomplishment: it depicts the people in this story as just another species trying to survive in that perilous frontier-world. The emphasis is not really on the moral aspects of the brutal injustice that the main character suffers or how the Native Americans are cruelly exploited; we witness all that - but Iñarritu keeps a certain emotional distance, as if he were shooting a documentary about predatory wildlife. And just like the bear's attack, most of the violence in this film comes as a reaction of defense. Be it self-defense, defending one's offspring or defending territory and valuable resources. Even the character that comes closest to an actual villain is driven by fear - not hate, and his most obvious character defects were caused by a very traumatizing experience. As in nature, there is a simple (if often brutal) logic to why most characters, men or beasts, act the way they do in 'The Revenant' (OK, maybe not the French - but I didn't say the film was perfect, did I). And the bear attack was the most realistic depiction of an animal attack I have ever seen on film.All in all, this film felt less like a story of revenge and more like an ode to the visceral beauty of nature and the relentless, savage force that is life; it provides an immensely absorbing - and touching - experience to those who have an affinity for the wilderness, but it's also a visual masterpiece and a great piece of old-school filmmaking for lovers of Cinema. It's not perfect (especially during the last third of the film where I felt the pacing was a bit off), but it's a film the likes of which we will only rarely get to see - if at all - in the future. 'The Revenant' is visual poetry of the most primal kind, and it should be seen on the biggest screen possible. 9 stars out of 10 from me.Favorite films: http://www.IMDb.com/list/mkjOKvqlSBs/Lesser-Known Masterpieces: http://www.imdb.com/list/ls070242495/Favorite Low-Budget and B-Movies: http://www.imdb.com/list/ls054808375/

One of the Best Movies I'll never watch twice

You are almost immediately plunged into the action, in a similar way to the opening of 'Saving Private Ryan', with a Native American attack on a group of fur trappers. DiCaprio even does that momentarily deaf thing that Tom Hanks does. Lots of bows and arrows and gore and excellent photography that is really immersive. Great opening scene.There there's the scene where DiCaprio is mauled by a grizzly bear. Again, really believable, exciting and up front and personal - you can almost smell the bear's stinking breath. Brilliant. And then there's ... well ... not much really. Photography and scenery are by and large excellent but you do get the feeling that better use could have been made of them. Iñárritu often seems to chop scenes around for no particular reason, although you do get the occasional sense of the vast wilderness that comes over well on the big screen.Dialogue is scarce. Most of it goes to Tom Hardy who tries to put on a Texan accent but succeeds in sounding as if he has a sock in his mouth (does he specialise in being inaudible? remember him as the mumbling Bane in 'The Dark Knight Rises'?). Then there's the storyline. You know the ending, right? (Just look up the definition of 'revenant'.) Leo is up against it and he suffers a great deal. But you know he is going to survive. So when, to top everything, he falls off a cliff on his horse you realise he's actually become Mr Indestructible. And two and a half hours of crawling, grimacing and wincing does not a very entertaining film make.There are also several non-credible plot twists. Like when Tom Hardy (a.k.a. The Mumbler) somehow cracks an impressive-looking safe and makes off with the garrison money and just two guys go after him, including the garrison commander. This nicely sets up the final confrontation between Mr Indestructible and The Mumbler .... but really? We also develop little or no emotional connection with the main character. The silent dream scenes are a clichéd way of trying to do this and they don't work in my opinion - they're just puzzling and boring. Nor do we see much of the relationship between Leo and his son to set up the emotional links between them - just Leo being harsh and dishing out tough love a couple of times. The pacing is also poor. Once you've passed the opening scene and the grizzly scene, feel free to go and refresh your popcorn - you won't miss much. Overall, the film is self-consciously bleak and overdetermined and is unevenly paced. A better director might possibly have made this a good film but Iñárritu is clearly not David Lean.If DiCaprio gets an Oscar for this it will be because the Academy think they owe him one and possibly because of the hype. This is a film that will be forgotten. If you want to see a good silent movie with snow, ice, struggle for survival and even the odd grizzly bear thrown in, watch Chaplin's 'The Gold Rush' - it's far more entertaining.

you can get the forced subtitles from "isubtitles" they have just about everything, just make sure it says "forced" or "non-english parts"

it doesnt have the sub titles for when they speak in indian!!!

plz provide this movie in hindi

Thank you is just not enough... as always amazing job!

Awesome movie!! look like watching another bear grylls.. thanks yify .

I love this movie, great movie

Enjoyed the movie! Especially the master trick idea when Hugh Class tricked John Fitzgerald, as he was lying on the behind horse! :)

awesome movie and also a great quality under 720p....thumps up :D

good movie thanks any sub's?

thanx for this upload

Thanks for the upload, i was waiting for it.

Thanks for Uploading this movie :)