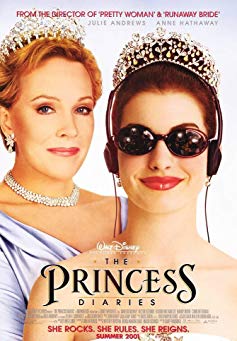 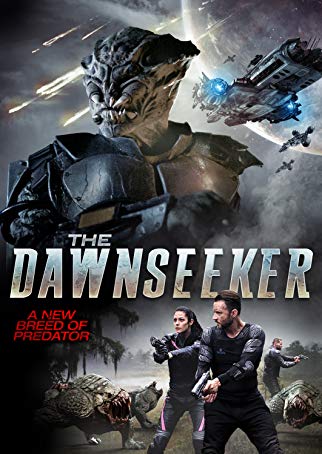 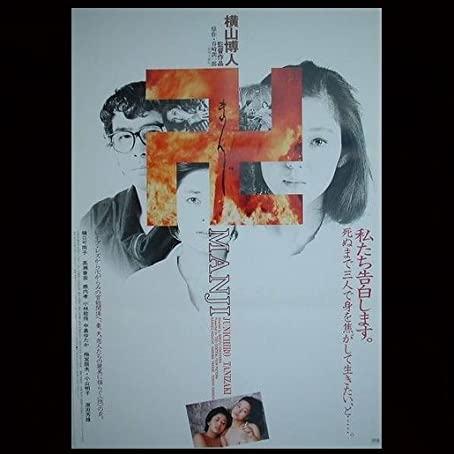 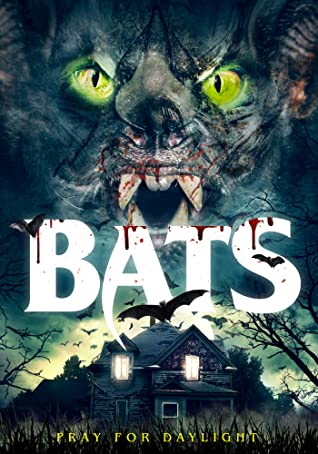 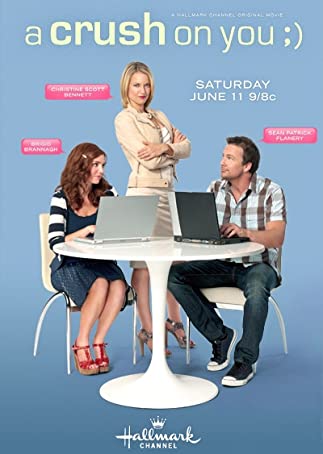 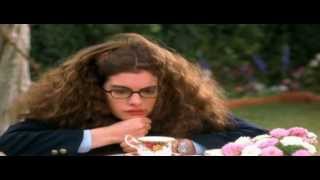 Mia Thermopolis is the average teenager - sweet, a little geeky and pretty much invisible to everyone with the exception of her mother, best friend Lilly and Lilly's older brother Michael. Making it through high school without throwing up is a challenge in itself for Mia, so it doesn't come as welcome news when her estranged grandmother shows up out of the blue and calmly informs her that she is in fact the heir to the throne of a European country called Genovia. Suddenly Mia's life is thrown into complete overload. She's being taught about scarves, waves and pears in order to become a perfect princess, she gets a makeover and a tough looking yet sweet bodyguard/limo driver called Joe. Things get out of hand when the media gets a hold of the story and suddenly Mia is thrust into the spotlight in both the newspapers and in school. On top of all that Mia has a choice to make. She must decide by Genovia's Independence Day Ball whether she longs to relinquish her claim on the throne or to...

Mia Thermopolis is the average teenager - sweet, a little geeky and pretty much invisible to everyone with the exception of her mother, best friend Lilly and Lilly's older brother Michael. Making it through high school without throwing up is a challenge in itself for Mia, so it doesn't come as welcome news when her estranged grandmother shows up out of the blue and calmly informs her that she is in fact the heir to the throne of a European country called Genovia. Suddenly Mia's life is thrown into complete overload. She's being taught about scarves, waves and pears in order to become a perfect princess, she gets a makeover and a tough looking yet sweet bodyguard/limo driver called Joe. Things get out of hand when the media gets a hold of the story and suddenly Mia is thrust into the spotlight in both the newspapers and in school. On top of all that Mia has a choice to make. She must decide by Genovia's Independence Day Ball whether she longs to relinquish her claim on the throne or to...

I will admit that when I first heard a Disney movie called "The Princess Diaries" was coming out, I thought it would be corny. But upon actually SEEING the film, I found (as is usually the case when stupid judgmental people make up their mind about films without watching them, I won't name names, you know who you are...Tom!) that it was in reality a charming, original, humorous and thoroughly entertaining family film.The plot is fairy tale in nature: Mia is a social misfit with terrible hair and no self-confidence. Her only friends are eccentric activist Lilly and rock band headliner Michael (played by real-life rocket Robert Carmine of "Rooney") who has a little crush on her. Then, who of all people should turn up but Julie Andrews to tell Mia that her father (who she hasn't seen since she was tiny) was actually royalty and that she, Mia, was princess of a country no one's ever heard of. What it comes down to is this: She has until a big embassy ball to decide whether she wants to give up the crown (and basically open the country up to a hostile political takeover) or take her place as princess. After a makeover (at the hands of funnyman Larry Miller), some training and at least four horrendously traumatizing incidents, she decides...well, that would be giving it away, wouldn't it?This is not a movie for little girls dressed in tutus who want to be princesses when they grow up. For the first time in the studio's tenure (I'd wager) this film depicts the responsibility of royalty. Mia tackles with the pressures of ruling a country. But for my money the best part of this movie is the love story. No, not Mia and the uniquely attractive rocker (although, that is great). A second, unscripted love story exists between Andrews and her chauffeur, Hector Elizondo. That's terrific.It's about being yourself and bettering yourself. It's about knowing who your real friends are. It's about living up to your own expectations. It's about smushing an ice cream cone on the blouse of a bitchy cheerleader who deserves it. And maybe that sounds corny to all y'all (rustic expression) but I know a lot of adults who could use lessons like these.

When I was 32 years old, back in 2001 when this movie came out, I took my then 7 year old daughter to see this move. As a parent I often have to suffer through books my children read to me, music they like, and television shows & movies that I have no desire to see. The previews made this movie look like the standard Disney channel fluff I occasionally have to endure. However, I found that I actually enjoyed this movie.Garry Marshall basically redressed his PRETTY WOMAN storyline for kids. He even brought in Hector Elizondo, the hotel manager in PW, as the head security officer for the Queen of Genovia, who is played by Julie Andrews. The story also has aspects of the LITTLE LORD FAUNTLEROY novel in it.The story is not all that original. A long lost heir to the throne of Genovia has been identified as a klutzy teenager who lives in San Francisco. The Queen of Genovia goes to San Francisco and attempts to persuade her to come back to Genovia and take her place as a princess of the realm. From their the typical hijinks ensue. The princess gets an education in proper royal behavior & procedures. The Queen learns to loosen up and relax. Princess Mia also struggles between dating the school jock, who ignored her before she became famous and dating an unpopular guy who has been her friend for years.The story is predictable and hold no real surprises. Despite this I still found myself enjoying the film. Julie Andrews did well in her role as the Queen and it was a treat to see her in another Disney film. I was surprised by how well Anne Hathaway did in her role as Princess Mia. She held her own against such performers as Andrews and Elizondo. This movie could have come off as cheezy but thanks to the director and skilled actors it proved to be a real treat. I remember back in 1990 when PW came out that girls thought it was so romantic that a hooker could find romance, true love and wealth. In my opinion PD is a much better role model. I'd rather have my little girl wishing she that she was heir to throne than a hooker who happens to find true love. Anyway, thanks to my daughter I discovered a film that I really enjoyed It is also because of her that I just saw the sequel, PD-2. It was even better than PD.

I really enjoyed this movie. It was fun to see a fairly clean movie that was fun to watch. The acting of Julie Andrews and Anne Hathaway is superb and the story shines out hope. The director takes a very unlikely event and makes it believable, teaching us all something in the process. It was refreshing to see a teen film without all the sexual inuendos and crude language.

A Princess who bring me some memorable moments.

The Princess Diary talk about a 15-year-old teenager whose name is Mia wants to be invisible at school. One day, on the contrary, she was told to be the Princess of a country, which is very opposite to her former expectation. What a big turning to her life ! What she will undergo ? Mia is my very first and memorable impression about this movie. Anything about her comes from Anne Hathaway's virgin performance. After deeply understand the character-Mia, Anne let Meg's story vivid on the screen. Her acting is natural and every detail show a combination of her own understanding of the character and the shining of the character itself. I noticed some details about Mia,which is very sophisticated. Mia's school uniform represent the 1950's elegance. The black socks and ties. What a copy of Audrey Hepburn in "Breakfast at Tiffany's". Mia's smile remind me of another famous actress-Julie Roberts, who has become a mother recently. The beautiful big smile is very eye-catching and also memorable. Oh,I remember another person who also have those big smile. She is AmÃ©lie Poulain. The Story is philanthropic and extraordinary.It's not simply a Cinderella story.But, a great story about grandmother and granddaughter, a education-valued story about mother and daughter, a special story about father and daughter,a ever-sweet story about first love, a beautiful story about friendship. Above all, it's a growing story. Based on Meg's classic story The Princess Diary, the motion picture make her characters believe-like in another artistic way. Just like having read Margaret's story (Gone With The Wind), you then watch O'Selznick's GWTW movie. Your feeling will be like: I seemed to be a part of the story. Those characters are just and always around you! Clarisse: The Sound of Music is recognized as a movie that is priceless, so, this also recognized the supporting actress's performance is priceless. Julie is an actress that could act well on any characters. The governess,the grandmother or on Broadway, etc. Helen (Caroline Goodall) played a vital role is Mia's growing period. This daughter and mother is a good role model. Because they show the grand respect for each other. Anyone can't grow without friend, the princess,too. From the friendship with Lilly, Mia knows how to tell the truth, how to apologize and how to deal with something that is uniquely occurred in teenager, which is called Growing Pains. Like other reviewers, I also feel the last sentence Mia told Michael is Soooooooo...... Cool ! :-O "You saw me when I was invisible." Why we feel cool ? Because that's what true love is. And, especially, that's what true love is to a princess !! Joe is a person we can't ignore. He acted as a imitate friend to Mia. He told her what she should be. And he is virtually the bodyguard. Oh, by the way, he is a very very special one ! Some of the songs in The Princess Diary is also memorable." A Summer Song" remind me of those romantic school kisses. The final song "Miracles Happen" is special designed for this movie, for Mia and also for all of us. Now, I am recommending this movie to YOU from my heart.

Thanks so much , i've been waiting for so long for YTS to upload it

thank u sooooooo much

Yes Thankyou so much