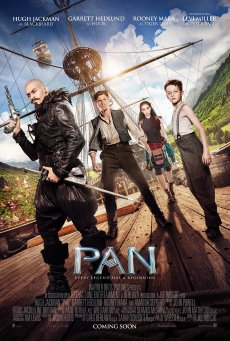 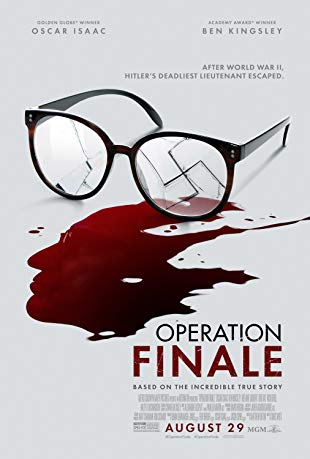 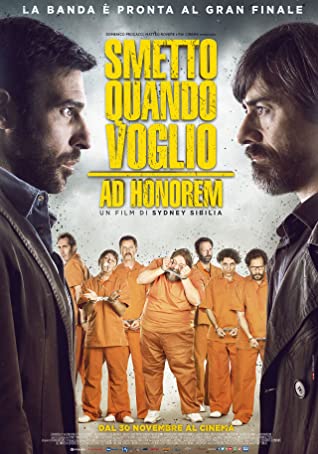 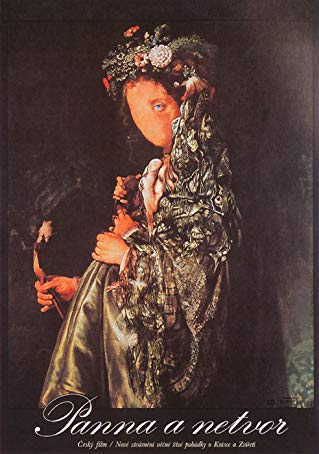 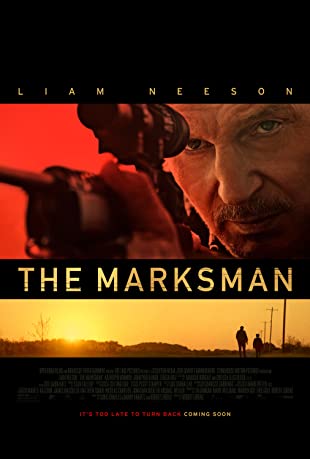 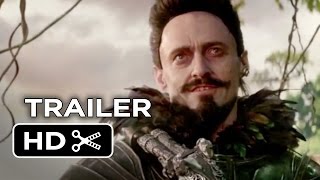 12-year-old orphan Peter is spirited away to the magical world of Neverland, where he finds both fun and danger, and ultimately discovers his destiny -- to become the hero who will be forever known as Peter Pan.

12-year-old orphan Peter is spirited away to the magical world of Neverland, where he finds both fun and danger, and ultimately discovers his destiny -- to become the hero who will be forever known as Peter Pan.

Pan is an unending barrage of visual effects when it could have sufficed as a magical origins story.

Movie magic and a movie about magic are entirely different, but as we've seen before in the similarly themed Jumanji, a film with these motifs can be an overwhelming singularity when done just right. As the seventh film adaptation and loosely based on the original play by J. M. Barrie, Pan is a relentless offering in visual effects to such an extent that eyes will bleed and heads will spin.Movie magic? As profuse as the fury of an erupting volcano! With the obvious nod to high-end production values, Pan works as an epic fantasy-adventure as along as the CGI onslaught is your cup of tea. And seen in 3D, that's double the pan-demonium (if you'll excuse the pun) on the senses and akin to a kid on a sugar overload. Even so, the proverbial bull in a china shop is not the overuse of special effects but fundamental problems with Jason Fuchs' screen adaptation of Barrie's story books. On a positive note, I'll say that Fuchs' reimagining adds a fresh new spin to the Peter Pan story with a low-key opening segment set in WWII era London. Peter (Australian newcomer Levi Miller) is an orphan with an Oliver Twist (twist) who doesn't lay down to tyranny in the orphanage. Instead, his reputation as a mischief monger fits snug, and like Matilda in Matilda, gives head nun (ala the Trunchbull) a run for her life. Then one night Peter is snatched by pirates in an 'airship' and flown off to the fabled Neverland. Run by the despicable Blackbeard (Hugh Jackman), Neverland turns out to be a quarry for pixie dust where children from all over the world are enslaved as miners. Adding another twist is fellow miner James Hook (Garrett Hedlund), Peter's reluctant friend who has his own agenda in escaping Neverland. Together, they proceed to outsmart Blackbeard and his henchmen, and thus begins director Joe Wright's inexhaustible barrage of CGI bombardment. Up until this point, Fuchs' screenplay is a welcome change given previous film adaptations has Hook placed as Peter's archenemies. But once Peter learns of his latent ability to fly, the film takes a sharp detour into familiar territory. Here on, it's swashbuckling and platform jumping and repeat, with each skirmish filmed in as many camera angles as possible. Also joining this flying farce is not Tinkerbell, but Tiger Lilly (Rooney Mara), a Native American princess who helps Peter in and out of his adventures. Somehow, Fuchs' bizarre concoction of character placement works to a certain degree, if only they didn't end up doing what they do every fifteen minutes or so. With repetitive action scenes taking center stage, the main story takes a back seat, and in the process undermines what could have been an original prequel to the Peter Pan saga. Worst of all, and for a nonstop action film, there isn't a tense moment throughout its 111 minutes runtime. Neither is there any sense of wonder or charm or the spirit in which Barrie conjured magic with words alone. With the story overpowered by eye-popping effects, the only saving grace is Jackman's whimsical delivery as a villain with a hidden motive. Combined with Hook's Indiana Jones getup and short-lived supporting characters including triplet mermaids and the inescapable crocodile, humor is unmistakable and refreshingly so. It's just too bad that the film isn't as special as the titular hero. Take it with a pinch of salt?or pan-cakes with a gallon of syrup. Oops, I did it again.

I won tickets to the movie premiere in London. The movie is good. But I am glad I had free tickets, because I would not have wanted to pay so much to see it (movie tickets in London are generally quite expensive, around £14 per ticket)! But if you're in America and can get a ticket for $5, then I would probably do that, otherwise I'd wait to rent it on a rainy day.Hugh Jackman was amazing as Captain Blackbeard, he's a great actor. Even the kid who plays Pan, Levi Miller, did a very good job (he was a better actor in Pan than Daniel Radcliffe was in the early Harry Potter movies, if that comparison helps). Garrett Hedlund's acting seemed a bit over-the-top, but I am not sure if that's what he was aiming for because he thought that it fit with the character's personality? Or if that's just his acting style? His acting reminded me of Brendan Fraser's acting in The Mummy. Rooney Mara was believable as Tiger Lilly.Plot was good, cinematography and movie sets were great. But the action sequences at times felt a bit too long and drawn out. Didn't find many of the jokes funny at all, but perhaps kids would enjoy them. All in all, a nice family movie that's good to rent on a rainy day.

I actually quite like this movie. I like the premise. I like the CGI which there is a tremendous amount of. I like the music. I like the scenery and costumes which are predominantly steampunk. I like the orphan boys and the other extras who are very interesting and full of character. Peter is very likable (though it would be nice if he could choose an East or West London accent and stick with it), Smee and Blackbeard are likable... But.. Tiger Lily's expressionless face and wooden acting, and Hook's unnecessarily loud, booming voice succeed in detracting attention away from everything else that was good about this movie. The brutal fighting action with no blood was confusing, and although a lot of the content was noticeably unrealistic you need to bear in mind that Neverland is a children's fantasy so of course it is not going to be true to life. So overall I like it, except for those two characters who, I am sorry to say, completely ruined it for everyone else. Your are left with the impression that the casting director for the extras did a much better job than the casting director for the main characters. For example - Tigerlily who I doubt could look less like an Indian than anyone you could ever imagine and who displays no fighting skills, agility, footwork, facial expressions, emotions, intent, strength or flexibility whatsoever, yet still somehow manages to slay pirates left right and centre throughout the film - mainly, it seems, because the pirates wait on the spot for her to chuck a tomahawk their way or slash them with a knife without ever making a move or reacting defence of their own lives as you might otherwise expect them to. If you can overlook the bad acting of those two (which unfortunately you can't because oddly enough they seem to get more screen time than anyone else) you may well think it is a terrific film. Which is why I give it six stars out of ten.

Pan is a 2015 British-American fantasy adventure film directed by Joe Wright and written by Jason Fuchs, and a prequel to Scottish author J. M. Barrie's Peter Pan story, first staged in 1904. It stars Hugh Jackman, Garrett Hedlund, Rooney Mara, and Levi Miller as the title character. It is an invented origin story depicting the origins of Peter Pan and Captain Hook. The film had its world premiere in London on September 20, 2015.Plot Of The Movie: The story of an orphan named Peter Pan (Levi Miller) who is spirited away to the magical Neverland. There, he finds the fun and dangers in this world where he meets James Hook (Garrett Hedlund) and helps to fight the evil pirate Blackbeard (Hugh Jackman).Truly an excellent family movie.