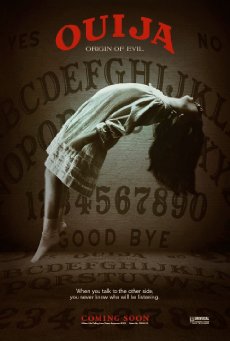 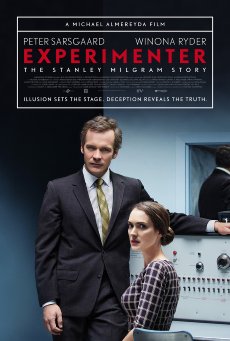 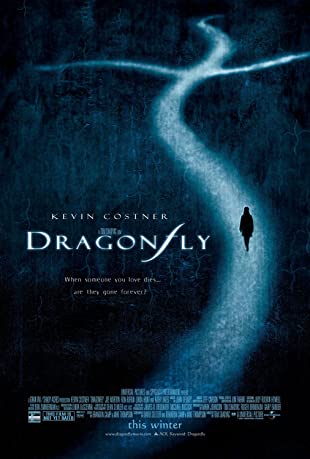 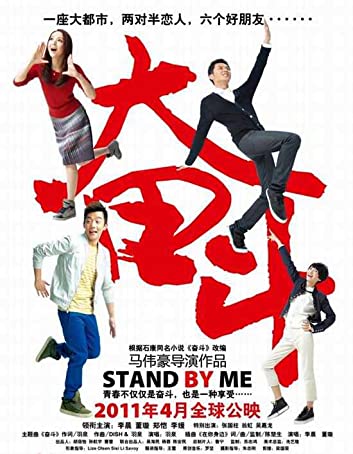 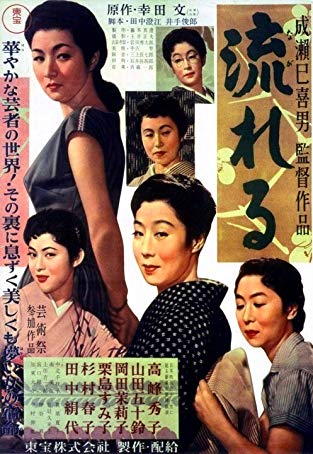 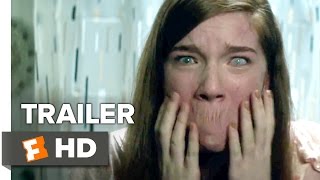 In 1967 Los Angeles, a widowed mother and her 2 daughters add a new stunt to bolster their seance scam business, inviting an evil presence into their home.

In 1967 Los Angeles, a widowed mother and her 2 daughters add a new stunt to bolster their seance scam business, inviting an evil presence into their home.

OUIJA: ORIGIN OF EVIL is super creepy. And it has good amount of well-placed jump-scares to rattle even the toughest audiences. As a horror fan, I definitely enjoy this installment way better than its predecessor.This is actually a prequel to the 2014 film, so they're taking this story back to the beginning; how it all started, with the same house but 50 years earlier. Elizabeth Reaser is a single mom raising her two daughters played by Annalise Basso and Lulu Wilson. They run a seance scam business to make a living but when they unwittingly invite an evil spirit into their home which then possesses the youngest daughter, this becomes the struggle to save her and drive the demon away.There's so much to like about OUIJA: ORIGIN OF EVIL. Well, for one, it's set in the '60s, so that in and of itself provides a very interesting style in terms of the actors' outfit and hair, it's like watching 'Mad Men' all over again, I'll never get over how much effort people put into the clothes they wear just to go to the supermarket back in that era. There's also heart in this story, the kids lost their dad, the wife lost her husband, the priest lost his wife, and and so that hole in their souls forms a foundation for why each of them has a longing or desire to speak with their dead loved ones. The reason why they can be taken advantage of by the spirit, totally makes sense, because they are at the most vulnerable point in their lives and looking for answers, unable to let go.And because this is a prequel, at the end you'll see how the story and the characters connect to the previous installment, I won't spoil it here for you, but you'll be able to make that connection without a problem. I think what essentially makes OUIJA: ORIGIN OF EVIL scary is Lulu Wilson's character, Doris Zander. Horror genre has a history of little creepy kids doing bloody gory things on screen, but there's something in Lulu's performance in that she's able to get your guard down, so when the frightening moments do come in, they become all the more effective. And unexpectedly, I might add. You'll jitter, your pulse will keep pounding, you'll close your eyes with your hands but with a few fingers open, and all the while you feel for the struggle of this family, you're invested in them. OUIJA: ORIGIN OF EVIL is one of this year's best horror films in my book.-- Rama's Screen --

How anyone can be surprised by how good this film turned out to be is beyond me. From OCULUS to HUSH to BEFORE I WAKE, director Mike Flanagan has proved time and time again that he knows how to make elevated horror films, and OUIJA: ORIGIN OF EVIL is no different. Flanagan's penchant to mix human drama with horror is present here and continues to be a winning formula. After all, caring about the characters is the basis of any good horror movie. The film also has a cast giving credible performances, well-timed jump scares, and a great retro style that hearkens back to horror films in the 1970s. For a Halloween flick, you can't ask for more, and in that front, this Ouija sequel delivers.

Mike Flanagan give us the prequel to Stiles White's first and only feature debut, Ouija from 2014. This one goes into the history and origins of the first film, going into detail of the horrifying characters, returning to the same house 60 years ago. We go back to find a single parent family who makes a small living from pretending to speak to the dead for clients by way of performing fake seances. The mother acting as medium whilst her two daughters pull strings to create the illusions. Flanagan reunited with Oculus child star Annalise Basso, who's now not quite the child, playing the older teenager sister and could also be seen in last month's Captain Fantastic. She's brilliant, but the star and horror of the film is Lulu Wilson, who plays the impressionable younger girl with a keen interest of speaking to the spirits in attempt to speak with her deceased father. E.T.'s Henry Thomas is totally unrecognisable being all grown up and playing priest, it's hard to believe that he was once the alien befriending Elliot all those years ago. Adding an Ouija board to the performance obviously leads to terrifying events opening a door for something else which takes hold of the little girl who then proceeds to spread the word. This much we know from the trailer, and is pretty much the whole basis of the story tying in with the previous. It has elements from other horrors like the exorcist and the Omen, actually using the classic vintage opening, with title credits and universal's old logo to boot. There's some good imagery that creates enough spooks to keep audiences glued to the screen but it is just another conventional horror that lacks any real lasting effect. The performances are good, especially from both the girls who appear to be accustomed to the horror genre. Lulu Wilson is quite the scare, getting her big break in Deliver Us From Evil and is starring in next year's Annabelle 2. Horror films seem to be more frightening when using children. It's suspenseful and scary in parts, but unfortunately predictable and even comical, but I think that was just my defence mechanism. Worth a watch but don't expect too much. Running Time: 8 The Cast: 7 Performance: 8 Direction: 7 Story: 7 Script: 7 Creativity: 8 Soundtrack: 7 Job Description: 6 The Extra Bonus Points: 0 Would I buy the Bluray?: No, only because I don't buy too many horrors. 65% 7/10

One of Flanagan's stronger works

Flanagan's films tend to be hit or miss, so I went into the theater not knowing exactly what to expect. I was pleasantly surprised to find that this movie was one of Flanagan's better pieces along with Oculus and Hush.The film itself was a pretty masterful period piece, with excellent costumes and sets and lines that helped you place the time period without a big date sprawling across the screen at the opening. Seriously, the costumes were so good. Although some of the lines hit you over the head with the whole "we are in the '60s" deal, it wasn't cheesy or over-the-top.The child acting was pretty good, particularly from Annalise Basso who I was excited to see again after her performance in Oculus. LuLu Wilson was also exceedingly creepy in plenty of parts. I was very pleased with the amount of creep factor, especially from a PG-13 movie which usually rely on cheap scares (example: this movie's predecessor).Where this movie fell flat for me was the actual demon/ghoul/monster story. I wish they would have kept the ghoul as a fleeting figure instead of full-on showing them fairly early on in the movie. It's so much scarier to let your imagination go wild instead of seeing a digitized monster. Maybe it will be scary for the teens who go to see this film, but it took the scare factor down a notch for me. The origin story for the demon seemed a little forced and rushed towards the end, and I think choosing a less complicated origin might have made the movie run a little smoother. However, the ending was pretty good and it was an overall thrilling theater experience.

More of a classic psychological horror than a modern gorefest, could have come straight outta the 90's. Has it's merits though. I enjoyed it.

Captain nemo and the underwater city please upload this move

I was expecting something better, though they couldn't show us what they were really thinking (director, writer and staff), its easy to get to the point, it was not that good 3/10 for the few scary scenes...

This movie was just awful.

Honestly one of the most boring horror movies i have ever seen. Story is basically obvious from the beggining and ending is almost the same as the "first" Ouija movie... It feels like ctrl+c and ctrl+v and a little bit of changes (time and characters). It wasn't even that scary, only few scenes... Watch if you have nothing else to watch.

OTTO plz upload fantastic beast and where to find them plzzz.

Good movie until the end. I thought it was as creepy as The Conjuring films. 7/10**

How come i dont see a download button here?

Trying to watch ds alone at midnight and it scares me... Good Movie 7 out of 10

btw... thanks OTTO for this and all your other uploaded movies