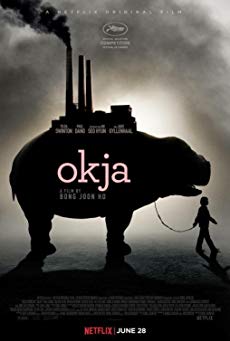 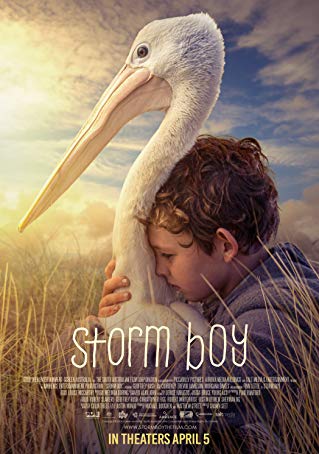 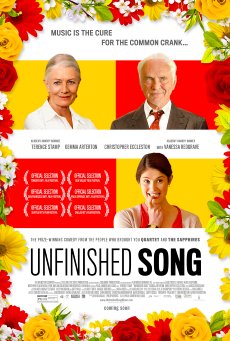 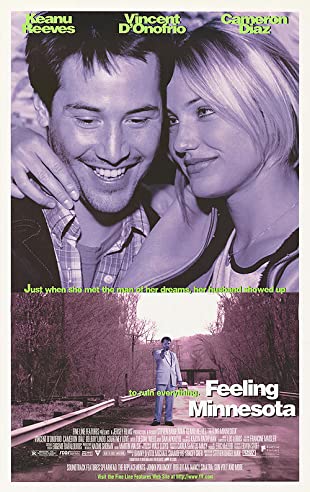 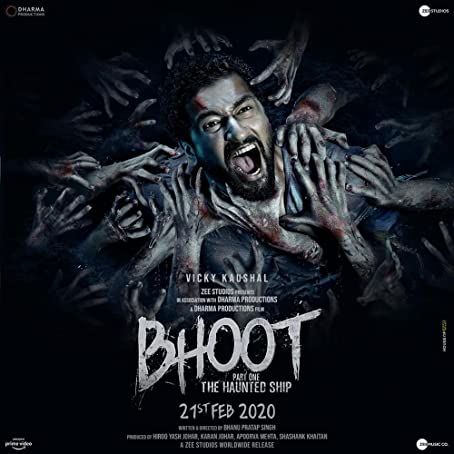 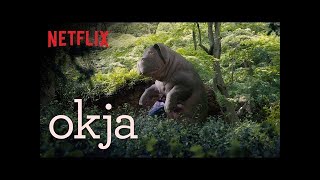 For 10 idyllic years, young Mija (An Seo Hyun) has been caretaker and constant companion to Okja-a massive animal and an even bigger friend-at her home in the mountains of South Korea. But that changes when a family-owned multinational conglomerate Mirando Corporation takes Okja for themselves and transports her to New York, where image obsessed and self-promoting CEO Lucy Mirando (Tilda Swinton) has big plans for Mija's dearest friend. With no particular plan but single-minded in intent, Mija sets out on a rescue mission, but her already daunting journey quickly becomes more complicated when she crosses paths with disparate groups of capitalists, demonstrators and consumers, each battling to control the fate of Okja...while all Mija wants to do is bring her friend home. Deftly blending genres, humor, poignancy and drama, Bong Joon Ho (Snowpiercer, The Host) begins with the gentlest of premises-the bond between man and animal-and ultimately creates a distinct and layered vision of the...

For 10 idyllic years, young Mija (An Seo Hyun) has been caretaker and constant companion to Okja-a massive animal and an even bigger friend-at her home in the mountains of South Korea. But that changes when a family-owned multinational conglomerate Mirando Corporation takes Okja for themselves and transports her to New York, where image obsessed and self-promoting CEO Lucy Mirando (Tilda Swinton) has big plans for Mija's dearest friend. With no particular plan but single-minded in intent, Mija sets out on a rescue mission, but her already daunting journey quickly becomes more complicated when she crosses paths with disparate groups of capitalists, demonstrators and consumers, each battling to control the fate of Okja...while all Mija wants to do is bring her friend home. Deftly blending genres, humor, poignancy and drama, Bong Joon Ho (Snowpiercer, The Host) begins with the gentlest of premises-the bond between man and animal-and ultimately creates a distinct and layered vision of the...

FYI, check me out as the Asian Movie Enthusiast on YouTube.Meet Mija, a young girl who risks everything to prevent a powerful, multi-national company from kidnapping her best friend - a massive animal named Okja.The lead actress here is Seo-hyun Ahn, who has had a small handful of supporting roles in prior films and series but never really stuck out to me personally. She's very good here; I liked her quite a bit because she portrays a determined, responsible girl who is also likable. Performances by Tilda Swinton and Jake Gyllenhaal, on the other hand, are extremely over-the-top. Swinton comes off well during the opening scene, but after that I got sick of her. She's not good in this. In a similar fashion, Gyllenhaal was almost bearable early on, but gets progressively unwatchable as the film rolls along. It's truly an atrocious performance with no nuance whatsoever. Not a big surprise given his acting history. I've never been a fan of this guy, and probably never will be.Thankfully, "Okja" exhibits some of the usual positives you get with Bong's films. You have a genre-bending experience, with lots of quirky, partially awkward humor that this director seems to be drawn to. This film also showcases some very nice natural environments early on, which is an added bonus. The score is mostly light and hard to explain. It's almost like something you'd hear at a circus, or maybe a polka dance. In any case, I enjoyed the music here. Special effects are also quite impressive for the big pig. One highlight is the lengthy chase/escape sequence that occurs during the first hour. Probably the most purely entertaining part of the film.So, what are some things that I did not like? Well, I already mentioned Swinton and Gyllenhaal's lackluster performance, but I also think that there are some pacing issues. "Okja" does begin with a 30-minute setup, which is actually quite interesting, then it throws us into that highlight thriller sequence ? meaning that the opening hour of this movie is truly entertaining. However, the pacing definitely drags during the second half, or whenever Gyllenhaal is on screen. The excitement drops off a cliff, and that consequently exposes the shallow "message" of the film. And that brings me to my next point.One trend I've noticed in director Joon-ho Bong's last few films is that his messages are getting less nuanced but more heavy-handed. For example, I enjoyed "Snowpiercer" quite a bit, but one of the problems I had with it was that it was absurdly heavy-handed and cartoonish at times when hammering home its message. "Okja" suffers even more-so from the same problem because the antagonists are pure caricatures, and there's not as much pure entertainment value surrounding the message itself. You know, I really hope that this does not become a trend with this director.I would be a shame if Bong ends up like James Cameron ? a man who is well on his way to wasting 25 years of his directing career making "Avatar" movies. Or he could end up like Michael Mann, another legendary director who fell off a cliff because he became obsessed with making digital film look great instead of creating interesting characters and stories. This kind of thing happens more often than you might think. Some directors get so obsessed with certain things that they develop a kind of tunnel vision that ignores all of the other important aspects of making a good film. You may think that this is an overreaction, especially considering how Bong still has yet to make a bad film, but I can see it coming if he doesn't right the ship. His next film is going to be important because if he keeps beating people over the head with increasingly blunt "message" films, it's gonna bite 'em in the rear-end because the "message" will end up superceding the filmmaking quality. And I can already see it beginning to happen with "Okja." With all of that said, "Okja" is a moderately entertaining affair, but there's no question in my mind that it Bong's least impressive film to date. If you have not seen a Joon-ho Bong film prior to Snowpiercer, I implore you to watch everything this man had made. His filmography is small too, so there's no excuse.

Okja is just a great film in all aspects of writing,directing and casting. It will keep you interested throughout the entire film and in the end you will be satisfied with your movie choice. The characters are great the comedy moments are great and the acting is amazing. Okja in general is great

Bong Joon-ho has brought us yet another masterpiece. Before viewing Okja, I was a little concerned that it would be just a sappy feel good family film about a kid that developed too much of an attachment to a farm animal. Now, I'm simply amazed at how Bong manages to always give us such emotionally and politically complicated films.If you understand his style and knack for subtle commentary, then you will see this as another excellent film in the same vein as The Host.The obvious commentary is clear but not overwhelming and the subtle bits are in true Bong style. I think many may misinterpret some of his choices, particularly with Gyllenhaal's character and performance, but if you grasp Bong's social and political stances then you'll appreciate the choices.For anyone who is unaware, all of Bong's movies contain certain elements. There are the overt elements that include humor (sometimes within the least humorous of situations), suspense, emotional connection, the folly of man and a lack of responsibility on the part of a government or corporation. But these elements are supported by subtle inclusions which are dotted throughout his movies like little watermarks and always serve to say the things that should be said without saying them.Besides these factors, and for those less inclined towards analytical movie watching, there is always a great story and magnificent cinematography. Okja is no exception.The only disappointing aspect of this movie is that it just came out, I've already watched it and now I'll have to wait another 2-3 years for another Bong movie to enjoy. I have seen The Host at least 10 times and I could watch it again right now. I'm certain to see Okja at least two more times with those with whom I enjoy seeing his movies and I don't think it'll feel like a chore either. In my opinion, Bong is one of the most consistent filmmakers to have ever made a movie and that streak remains unbroken with Okja.

I just filled my stand-alone freezer with meat because of this movie. Delicious.

The fact that you think a vegetarian lifestyle is "dumb", is actually testament to your ignorance.

I have never cried watching a movie since marley and me, and hachiko.. The scene where all the gm pigs howling just make my tears rolled down my cheeks..

This is a good movie but I won't stop eating meat over it. That's just dumb

would have been a lot better with subtitles

This is what we do to our animals today,so sad to see but true.nI hope it will stop some day to hurt animals like this all over the f World really I do.

Thank you very much OTTO!

One of the best films thanks

mr.OTTO, why there is no available subtitle?

i have been waiting for this movie for a long time. thank u so much

Thank you so much!

He is waiting for the BLURAY reelase, which happens several months after the movie is released. If you want a CAM version got to piratebay, only bluray and hd webrips here.

Avengers and deadpool 2 will be uploaded when it is available, stupid

Who asking about infinity war and deadpool 2 .. it will release in 14th and 21th