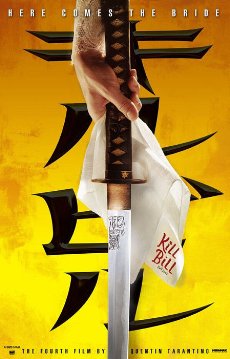 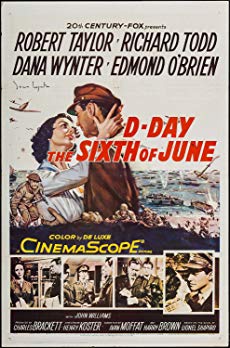 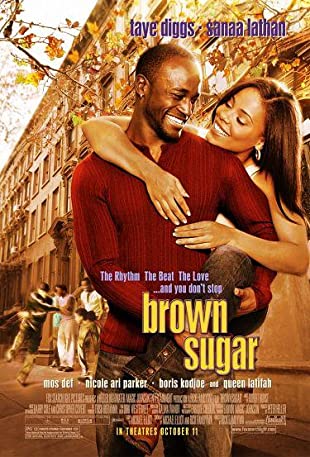 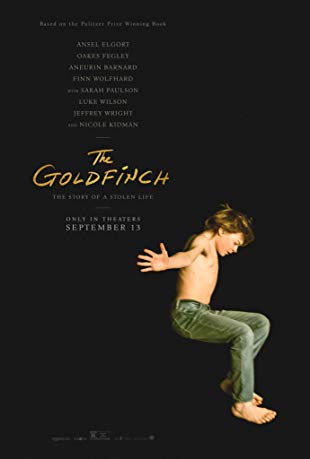 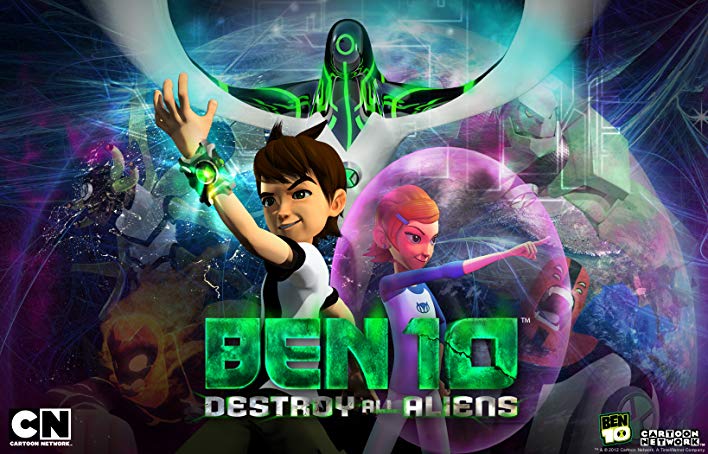 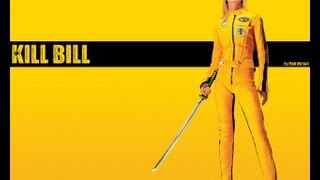 The lead character, called 'The Bride,' was a member of the Deadly Viper Assassination Squad, led by her lover 'Bill.' Upon realizing she was pregnant with Bill's child, 'The Bride' decided to escape her life as a killer. She fled to Texas, met a young man, who, on the day of their wedding rehearsal was gunned down by an angry and jealous Bill (with the assistance of the Deadly Viper Assassination Squad). Four years later, 'The Bride' wakes from a coma, and discovers her baby is gone. She, then, decides to seek revenge upon the five people who destroyed her life and killed her baby. The saga of Kill Bill Volume I begins.

The lead character, called 'The Bride,' was a member of the Deadly Viper Assassination Squad, led by her lover 'Bill.' Upon realizing she was pregnant with Bill's child, 'The Bride' decided to escape her life as a killer. She fled to Texas, met a young man, who, on the day of their wedding rehearsal was gunned down by an angry and jealous Bill (with the assistance of the Deadly Viper Assassination Squad). Four years later, 'The Bride' wakes from a coma, and discovers her baby is gone. She, then, decides to seek revenge upon the five people who destroyed her life and killed her baby. The saga of Kill Bill Volume I begins.

Uma Thurman as The Bride

Vivica A. Fox as Vernita Green

A lot of people have come up to me and said "How can you love Quentin that much, he is just too extreme!" or "Oh come on, Kill Bill is just SO not realistic.." Yes. No.Mr. Quentin Tarantino is rather extreme, yes, and it's lovely! And No. Kill Bill is not realistic, but it's not meant to be realistic! Just like... Lord of the Rings, that's not realistic either! But because it has clear unreal elements, like wizards, it's acceptable?You don't go to see Kill Bill, or any other Q.T-film to see "Stepmom", in the same way you don't go to a Marilyn Manson concert hoping that they will play some Spice Girls..Kill Bill, both volume 1 and 2, is absolutely gorgeous! The art direction is beautiful! The camera angles are perfect... just Gorgeous! The lighting, the sound, the dialogs... and of course, the details! No one works with small details the way Quentin does. I must also say that the soundtrack is brilliant and the whole film is just so well casted! Uma Thurman is perfect in the leading role, Darryl Hannah has never been this good before, ever! And Chiaki Kuriyama, even though she has a quite small role, is excellent, even better than she is in "Battle Royale". David Carradine is painfully perfect, Michael Madsen is ALWAYS excellent, but never as good as when he works with Tarantino. I must also say that Sonny Chiba was great. I've never been a big fan of Vivica A Fox until now, and I used to think that Lucy Liu was just your average actor but she turned out to be fierce. Pretty much everyone who is in this film is ten times better than they've ever been.But above all things, Kill Bill is artistic, beautiful... Perfect colors, perfect everything... gotta love it.

Instant classic, but not for all audiences.

I know it's a couple years late, but I had to write a review for some of the few people that haven't seen one of my favorite and refreshing I've seen over the last few years. Kill Bill Vol. 1 is yet another quality film of Tarantino's short, but distinguished list.Kill Bill involves a nameless woman (Uma Thurman) who is slowing seeking revenge on her former hit squad the Viper Squad and her boss Bill (David Caradine.) Her former hit squad wronged her by gunning down her closest friends and family during her wedding and putting her into a coma while being pregnant. A few years later she awakens in a hospital, without child, and tries to track down each member of the squad. As the story progresses (through this film and the sequel), you find out who she really, why Bill wanted her dead and the fate of her daughter.The movie is really a combination of Tarantino's love for the 70's over-dramatized Kung-Fu movie era and story of revenge with rich dialog. Yes, this movie is violent, but in a cheesy way. This created some controversy and really had audiences stirred up, failing to realize it was supposed to be over the top without no sense of realism. Like I said, it was supposed to be a tribute more so than a gruesome action flick. With all cheesiness aside, I can understand how some people could feel a little woozy after seeing someone lose an arm and having 4 gallons of Kool-Aid red blood shoot out of the body like a whale's blow hole. What really makes this movie is Tarantino ability to make bad to mediocre actors seem like good ones, a smart and hilarious dialog and a good storyline. Of course, this is what he does in pretty much in all of his movies.There are various plot holes in the story, but we are really meant to ignore them unlike most movies. Just like the gory scenes, come to grips to the fact that the most of the implausibilities are there just to fill in the gaps of the movie. The movie also features a couple of classic Tarantino showdowns, including an unforgettable one with the Japanese infamous crime lord, O-Ren Ishii (Lucy Lui.) Once again, Tarantino puts his imagination at work again in his story telling by using some of his old techniques like jumping timelines and some new ones like adding Japanese animation for character backgrounds.I wouldn't really recommend this film to someone who is really not from the Pulp Fiction era. This film is really just homage to flicks that frequently appear on Sunday Samurai Showcase, revenge and Tarantino's continuous fascination with Uma Thurman. This film contains extreme violence and sometimes strange dialog coupled with some pretty good acting and directing. If you're not a fan of Tarantino's films, you should pass on this one because it is doesn't stray to far from his other stuff. If you like his other works, this is a must see due to its originality and quality. And, if you just don't like Tarantino himself, and find him annoying like everybody else, I don't blame you but it's still worth your while seeing.

This movie was brilliant!

Man, what a film. As a fan of 70's martial arts movies, it was great to see all of the references. I also thought the use of B&W throughout was extremely effective. The cartoon sequences seemed a bit much, but did fit in with the overall feel of the film. I have seen many people posting about the sheer amount of blood and guts, but you have to remember this was Tarantino's homage to Bruce Lee-era action pictures. In those movies, the stories were very similar epics of revenge, and they never had much of a budget for good "gore" effects. It was more or less "throw some fake blood on the guy who just got killed" type of effects, which were duplicated accurately by some of the deaths in this movie. The plot also followed closely the plot of most 70's Kung Fu movies; something despicable happens to the weak hero (whole village razed, family slaughtered, etc..) and the hero goes away for years to learn the secrets of a particular style of Kung Fu. All of these movies contained the "secret move" which the master normally does not teach, except of course, in this rare instance. That move, as depicted in Kill Bill Vol. 2, is always used on the evil leader of the clan whom had brought death and chaos to the hero.Kill Bill was a terrific modern take on those movies which were always set in ancient China. I was very impressed with Uma Thurman's swordplay, at no point did I feel that it looked scripted or fake. Even when fighting against more than 50 Crazy 8's, it replicated admirably the incredibly one-sided fights from some of the best martial arts movies made 30 years ago.All in all, a great and original film! R.

Cinema has rarely been this exciting!

`The fourth film by Quinton Tarantino', as the credits shamelessly explain, is yet another bankable classic from a director who's already changed the art with `Reservoir Dogs', `Pulp Fiction' and `Jackie Brown'.From `Kill Bill's first surprising gunshot to its monumental cliffhanger ending (right up there with `Luke, I am your father'), the movie is relentlessly intense, tearing an audience between wanting more action and wanting a cigarette to calm frayed nerves. We follow the tale of `The Bride' (played to convincing, vengeful perfection by Uma Thurman) as she sets out to murder her former colleagues, members of the `Deadly Viper Assassination Squad', and their leader, the enigmatic, faceless Bill. After attempting to leave the group of assassins for a normal life, the Bride is tracked down on her wedding day and witnesses the murder of her wedding party, right before Bill puts her in a coma. Four years later, a very angry Bride wakes up.Tarantino pulls no punches, creating, as one critic put it, `The most violent film ever released by an American film distributor'. Squirting blood and flying limbs abound, but the director does it all with a breathtaking sense of style. We witness one sword-dance in silhouette, one in black and white, one over a beautifully filmed snow-covered Japanese garden, and even a sequence in Anime. `KB's story is minimal, but Tarantino's aim is style: Sergio Leone, Cheh Chang and Bruce Lee are all paid homage, and then gracefully outdone.The soundtrack, primarily Japanese artists performing American styles, is haunting: Tarantino breaks form by not using well-known American classic rock (who could forget being `Stuck in the Middle' of Mr. Blonde and a helpless cop?), but by doing so sets the perfect mood of the film. They're songs we've never heard before, but feel strangely connected to.Yes, the movie is in two volumes. However, the end feels right, coming after an epic battle that puts `Reloaded's `Burly Brawl' to shame. `Kill Bill' is a testament to Tarantino's ability to take the craft of his idols and make it his own, mixing classic cult film style and mixing it with his own wicked sense of Cool. Not for the faint of heart or anyone looking for a `feel-good' film, but `Kill Bill' is at the very least an instant classic.

Will there be any other version of this movie where the restaurant fight is not black and white?

Inspired by an tamil movie Aalavandhan-2001

just download BSplayer.. he will do it for you in the beginning of movie. :)

anyone know where to find only non-english subs?