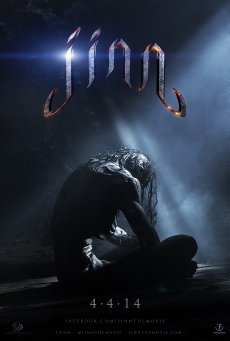 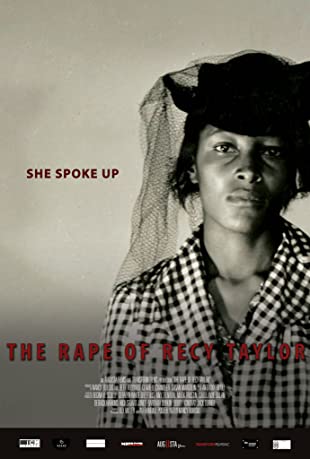 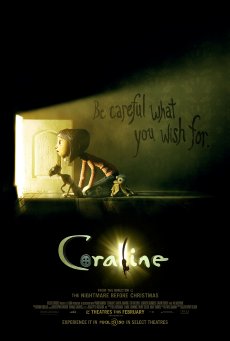 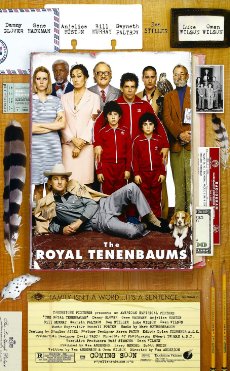 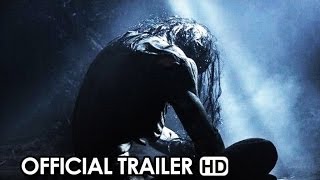 Shawn, an automotive designer, enjoys an idyllic life with his new wife Jasmine until it is interrupted by a cryptic message. The message warns of imminent danger and a curse that has afflicted his family for generations. Having lost his parents as a child, Shawn doesn't believe this unsettling revelation of his past....until strange things start to happen. Unable to explain the threats and fearing for his life, Shawn turns to Gabriel and Father Westhoff, a mysterious duo claiming to have answers. With their help, and the aid of Ali, a shackled mental patient, Shawn discovers that there is far more to this world than he ever imagined. These revelations set Shawn on a collision course with the unknown, and he alone must find the strength protect his family and confront the ancient evil that is hunting them.

Shawn, an automotive designer, enjoys an idyllic life with his new wife Jasmine until it is interrupted by a cryptic message. The message warns of imminent danger and a curse that has afflicted his family for generations. Having lost his parents as a child, Shawn doesn't believe this unsettling revelation of his past....until strange things start to happen. Unable to explain the threats and fearing for his life, Shawn turns to Gabriel and Father Westhoff, a mysterious duo claiming to have answers. With their help, and the aid of Ali, a shackled mental patient, Shawn discovers that there is far more to this world than he ever imagined. These revelations set Shawn on a collision course with the unknown, and he alone must find the strength protect his family and confront the ancient evil that is hunting them.

Must be a rating boosted movie

I have a lot of fun watching this movie. The Master Symbol which puts together the Jewish, Christian and Islamic symbols touched me because I dream a unity like that since I was a child. I'd wish to see it in the real world.Movie is good, I enjoyed VFX and Practical FX work because I know how hard they could be by the first hand - especially on limited budgets.Viewers who thinking its a car commercial should watch movies like Gone In Sixty Seconds, Vanishing Point, Fast & Furious and Need For Speed. Obviously the designer of the new Firebird is involved with the movie but car is not overused and its really cool to watch it rides actually. It looks great.Acting is not top notch I should say, director could work on actors a lot more to get the most out of them and inspire them to achieve their full potential. And my opinions will probably be extremely biased about The Goddess Serinda Swan so its not necessary to write here how much I worship her...Well anyway; Story is solid actually but its based on false assumptions and misinterpretation of the holy books, ancient texts and scriptures. The demons are the demons inside of us (repeating memories, unsolved issues from the past etc.) and Jinn described on the Quran is not actually a devilish creature working against humans. So the story is based on a total fantasy. And since its a fantasy movie its cool...I'm giving 10 stars to balance unfair 1 star reviews since we are living in a world that loves HungerGames/Twilight and hates Prometheus - enough said.

Jinn is a film which can't decide whether it's a horror flick, a sci-fi/ fantasy romp, or an origin story launch for an independent noir graphic novel hero (please note, I have no idea if Jinn is based off a comic, but they're obviously trying to force-start a franchise.) Like the film's protagonists who attempt to create a super amalgamation of Christianity, Islam, and Judaism, only to have it come across as vaguely anti-Muslim and awkward, (and the 'edgy' sound track choices which just end up being bafflingly bizarre,) this mix doesn't quite work, and the film would have been better served choosing one genre, and doing it well, instead of all and fumbling through it. There are some genuinely creepy moments, which are ruined by the comedy, and the comedy is in turn ruined by the complete, posturing cheesiness of some of characters and dialogs. Several plot devices could have come straight from their TVTropes.com pages, and certain scenes feel almost as if they were lifted from famous, better-made, movies. The production value is very high, which helps and hinders. There are many actors with recognizable faces doing the very best they can; some extremely expensive camera shots; well-done (and plentiful) effects; fighting and driving stunts; and seriously, what is the point of the sports car? The high production values prevent the film from be a crappy delight, but make the confusing plot bearable to watch. Watching Jinn, you'll wonder who in the world would pour so much money into a movie who's plot and screen play feel more like a made-for-TV film you stumble onto after midnight on the Sifi channel than the big budget blockbuster it longs to be.If you like films like "Season of the Witch," "Outlander," or random, independent movies from Red Box, you'll probably like Jinn, but otherwise, this is a film to watch with a bunch of drunk friends and make fun of, though there are other, better, choices for that.

This movie ruined my whole day. I had a very nice, full day planned out starting with this film, "Jinn." The trailer for it looked appealing, but it failed on so many levels. It fails to flesh out or develop anything on a compelling level. The characters are not explored, leaving them as very two dimensional people despite having some potentially good quality talents here like William Atherton. Its ideas are given the bare minimum of setup and exposition. The Jinn themselves are not well explained in the supposed mythology this film is attempting to setup and utilize. The film also heavily lacks in excitement until well passed the point where I stopped giving a damn about it. The talents of Ray Park are grossly wasted here with a very tame and very brief martial arts showing, and a super slow motion fight scene that amounts to one of the most boring sequences of the film. The filmmakers also surely had no intention of building up legitimate scares or suspense. Jump scares are all it has to offer in that regard. I honestly stopped giving a damn about halfway through the film because the makers of this film never bothered to give me anything worth giving a damn about. You have to establish, develop, and build up your characters primarily, and that's exactly what this film never takes the time to do. Thus, it's exactly why I lost all interest in this, and felt embarrassed walking out of the theatre at the end of it. This was a horribly difficult sit through the remaining fifty minutes of this movie as the only person in the theatre. Also, despite the Jinn being a threat to the entire whole of humanity, the scope of this film is extremely narrow, and feels a lot like a forgettable late 1990's direct-to-video movie. It just lacks ambition, originality, intelligence, and scope to make it succeed on any creative level at all."Jinn" does have a very moody look to it with good quality cinematography, and the CGI effects work is quite high grade. However, good visuals and nice effects cannot make-up for a lackluster script and lazy storytelling. The acting isn't poor, but it fails to compel an audience's interest. Do not bother paying to see this movie. There is a vast catalog of far superior works in this genre to watch and enjoy thoroughly than this such as The Prophecy, Constantine, or any episode of Supernatural. Don't waste your time, and don't encourage a sequel to a well below average movie like this because its end credits literally are asking you to do so.

A horribly lackluster, under developed movie that doesn't deserve your money.

I got a free ticket to see this, and spent too much. The credits did not appear until the end of the movie, and that made it much clearer what was going on: There were a few names and surnames repeated several times in the credits, none of them well known as filmmakers. The director was listed as a main designer for the car that was featured, at length -- not that it was particularly interesting as a car. Or a movie; the whole thing is padded absurdly. There might be a decent half-hour TV show buried in this mess, but the fact that there's almost a half hour of setup before anything really happens is a giveaway of the pace of this thing. And once things start happening, they look like something from the 80's -- at best. Nothing happens fast, and almost nothing happens only once; the director liked some of his shots so much we see them several times. Even the scene after the credits is pointless.Don't get me wrong -- I like outsider films. The original Gone in 60 Seconds, for example, is a classic. This has none of the pacing or wit of that movie, or any other decent one.