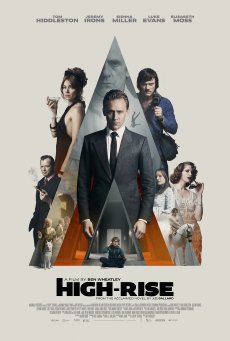 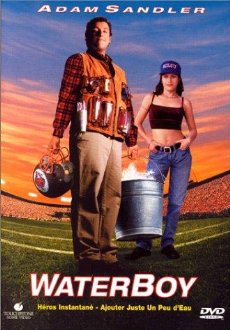 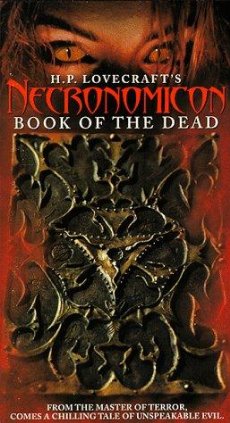 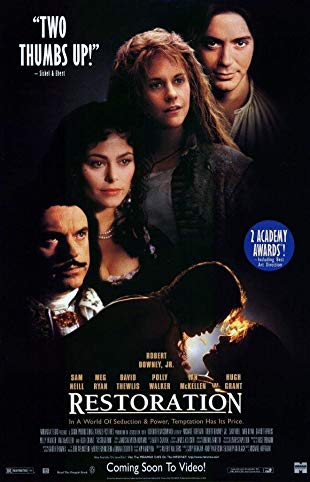 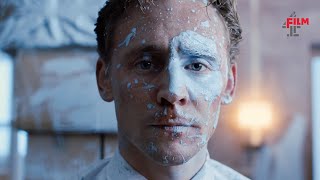 Class struggle becomes all too real as a young doctor moves into a modern apartment block in suburban 1975 London. Drugs, drink & debauchery dissolve into murder, mayhem and misogyny in this pseudo-post-apocalyptic breakdown of societal norms.

Class struggle becomes all too real as a young doctor moves into a modern apartment block in suburban 1975 London. Drugs, drink & debauchery dissolve into murder, mayhem and misogyny in this pseudo-post-apocalyptic breakdown of societal norms.

High-Rise's allegory of class divide gets lost in a dull montage of blood, sweat and blue paint

After director Ben Wheatley showed what he could do on a minimal budget with A Field In England, Sightseers and Kill List, it's a relief to find that not only has he not compromised his style but he's completely blossomed. Trading the inherent conditions of fields for the pristine and organised production design a bucketload more of money and studio time it grants him, we have a director completely in their element, not only proving their potential but showing room for more growth. Granted, with Wheatley's version of his vision it's unlikely he'll break into the mainstream, but the in-built cult audience will go a long way. Along with its satiric Gilliam-esque atmosphere, High-Rise is incredibly British, but despite my lamentations of what a recent conventional British film tends to be, this is the type of film we deserve. The source material was written in 40 years ago by J. G. Ballard, and adapted here by Wheatley's wife Amy Jump, this film makes no updates to its period, contrasting the retro mid-70s vibe with their modernistic ideas for the time. The concept of a microcosm of society to demonstrate social unrest between classes is a well-worn idea ? High-Rise may find a very close cousin in last year's Snowpiercer ? but this is one of the more direct and slickly executed interpretations of the theme, only treading on the brink of science-fiction. It does run the risk of being far too on-the-nose, contrived and repetitious, but Wheatley's spark for surprises never leaves his grasp, justifying it with the heightened tone. It's blood-soaked, alcohol-fueled and nicotine- injected mayhem that doesn't hold back. With an array of characters, some compelling and some not, it still gets you invested in them and their impending doom in spite of how much they gleefully indulge in their primal survival instincts. Of course, the building is also a character here. We rarely step outside its view besides occasional glances at Tom Hiddleston's Dr. Robert Laing's commute and office. When we do see outside, the desolate horizon makes the building feel like a haven. The tower block is ideally a self-sustaining society. It has its own shopping market, its own gym and own swimming pool for instance, ostensibly open to anyone, but a privilege that can be taken away without warning. It's a new building, settling into its foundations, but it's seen as a way of life for many, working and living within its walls. While the doors are always open despite the eventual chaos, it's clear that the characters are systematically trapped in the tower block and wholly dependent on it. Not only trapped inside, but to their individual floors, as their stifled economic situations won't allow them to ascend. As the lower class lives in near the bottom and higher class lives near the top, a poor distribution of power cutting the bottom half off is a catalyst to upset the peace. However, given the contrasts between their two lifestyles ? both of which we're given a peek through with Hiddleston's neutral audience surrogate ? this clash is treated as an inevitability waiting to happen. The narrative is loose as it follows its vast ensemble, but the primary conflict emerges between the brute Richard Wilder, played by Luke Evans, a volatile spokesman for the lower class determined to expose the violence through a documentary, and the creator of the building, Royal, played by Jeremy Irons. While Hiddleston's Laing finds balance in the middle ? despite taking some desperate means ? his skills and seeming peace are seen as the solution to many, most importantly to those on the sinister higher levels. While Wheatley had to deal with what he had use for his previous films, a near limitless pool of resources colours High-Rise with slick cinematography and production design. It's a surreal atmosphere, quite Burton-esque without taking it to those various extremes, with its idyllic arrangements but still with undercurrents of dread. It's a boxed in world without sunlight and while everything is laid out for the characters, there's a sadness in that trap, even in the early blissed out stages of the film. The tight editing is complemented by Clint Mansell's captivating swirling score, though it does tend to get lost in its own montages. We often get disconnected from the characters and there's one dramatic leap in the narrative told through clips that may have been better sought through a finer focus. It's adamant to show us everything rather than hint. The film also relies on a lot more special effects than expected, and while they're not exactly perfect, they fit the old-school mood. Tom Hiddleston gives one of his best performances I've seen so far. He's not stealing scenes like Loki, but instead showing this relatable hollowness with his half-hearted conformity. He's well measured in how much to express, most often breaking down in isolation, but is mostly an introspective slate. However, the real scene-stealer in High-Rise is Luke Evans, an abusive misogynistic character you love to hate at first but his determination for a more respectable quest slowly grows on you. He's got the most developed and complex contradictions of the ensemble ? a fighter and an artist, and a violator and a lover. His force is similar to Robert Carlyle in Trainspotting. Sienna Miller and Elisabeth Moss are tender highlights of the supporting cast while Jeremy Irons brings his reliable theatrics when necessary. Some may feel battered over the head by High-Rise, many will find it enthralling and profound. While it's thematically hardly new, the incisive execution is the ideal package and an example for the best of contemporary British cinema. 8/10Read more @ The Awards Circuit (http://www.awardscircuit.com/)

A nice idea gone awfully wrong. The first 20 minutes are actually quite good: the art design is worthy of all the prizes you could award it, and the director builds a growing tension that keeps you interested, although you already know, from the first five minutes, that the likely outcome is that everything will fall apart, since "the building" is clearly a metaphor for "modern" society. However, even predictable plots can be interesting, and initially this seems to be the case.Then, the film loses its grip and very quickly becomes an endless repetition of chaos. By the 30min mark the director has made his point: society sucks and if things continue as they are, we will all descend into primitive behaviour and act like barbarians. Nothing wrong with that message per se, but the film gets stuck on it like a broken record and treats the audience to an endless stream of pointless violence, mindless sex orgies, rapes, more violence, looting, social chaos, still more violence. It's like beating a dead horse and then continuing to beat it until you are beating the skeleton of a dead horse (and you continue beating it).It seems that the writer and director were so in love with the core message that they could not quite get around to developing it and finishing it properly.I saw this at a cinema in London; some people left half-way into it (most seats were empty anyway). I managed to sit through the whole thing, hoping that the movie would redeem itself towards the end; it only got worse. This might be at the top of my "worst films of all time" list.The acting is not bad, the cast is good, and the art design is still deserving awards; but the overall result is just appalling. It would have made a great short film, if they stopped it at 30 minutes. The way it was released, at 119 minutes, it is 90 minutes too long.

Amusing series of vignettes that never does come together

I had the pleasure of viewing High-Rise at a recent film festival. I went in with high expectations, which gave way to boredom and the anticipation of the end of the showing.The actors absolutely fulfilled all expectations. The performances are all highly nuanced and look natural, rather than put on. Hiddleston goes above and beyond to give one of the arguably best performances of his career. The mise-en-scene of each scene is meticulously crafted and beautifully shot. So what, exactly, tipped high expectations into boredom?For one, the film never does come together, never gives off the feeling of a cohesive whole, but rather of a series of vignettes. Each vignette is, of course, beautifully shot, but the disconnect they cause makes it impossible to empathize with any of the characters.Additionally, suspension of disbelief is near impossible. Why do the characters make the choices they do? What drives them to this madness? Overall, I would recommend this piece to very loyal fans of any of the actors or to cinephiles with a high degree of patience. 6.5/10

Pls upload the nice guys?? When is coming??

can you upload 1080p please dear