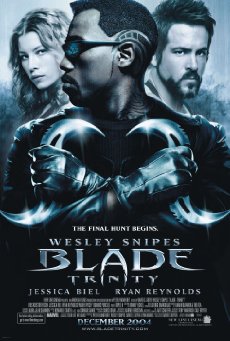 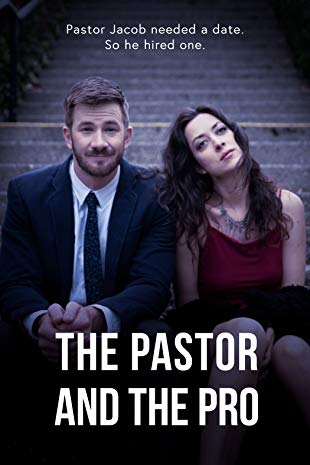 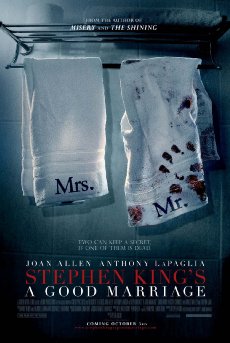 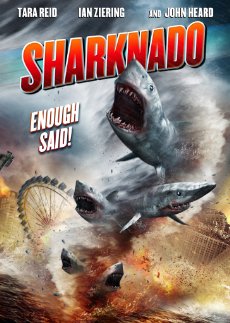 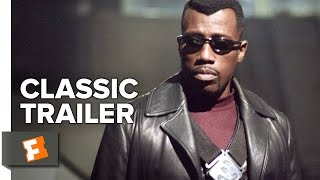 Blade finds himself alone surrounded by enemies, fighting an up hill battle with the vampire nation and now humans. He joins forces with a group of vampire hunters whom call themselves the Nightstalkers. The vampire nation awakens the king of vampires Dracula from his slumber with intentions of using his primitive blood to become day-walkers. On the other side is Blade and his team manifesting a virus that could wipe out the vampire race once and for all. In the end the two sides will collide and only one will come out victorious, a battle between the ultimate vampire whom never knew defeat, facing off against the greatest vampire slayer.

Blade finds himself alone surrounded by enemies, fighting an up hill battle with the vampire nation and now humans. He joins forces with a group of vampire hunters whom call themselves the Nightstalkers. The vampire nation awakens the king of vampires Dracula from his slumber with intentions of using his primitive blood to become day-walkers. On the other side is Blade and his team manifesting a virus that could wipe out the vampire race once and for all. In the end the two sides will collide and only one will come out victorious, a battle between the ultimate vampire whom never knew defeat, facing off against the greatest vampire slayer.

Will The "REAL BLADE" Please Stand Up!!!

Why is Wesley Snipes sharing screen time with Ryan Reynolds and Jessica Biel? Who cares about Hannibal King? I paid to see Blade kick butt, just like in Blade 1 and 2. I didn't pay to see Ryan Reynolds joke for half the film. I didn't pay to see Jessica Biel (hottest body in Hollywood) fake fight. Who cares about Whistler's daughter? Blade the Vampire Hunter was a good film. Strong villain. Strong hero. Good story. Blade 2 was even better. A rare sequel that bests the original. Two strong villains for Blade to fight against. Good supporting cast. Good story and a director who gets it. Blade Trinity is a joke: literally. The villain, warning spoilers ahead, is Dracula, if you don't know by now. Dracula: the original vampire--the baddest of them all. What a way to end the series, then to have Blade fight the first and the greatest of his kind, but Dracula does basically nothing throughout the film. He doesn't pose any real threat to Blade, or anyone else. He is just there, and Blade has to kill him, because that is what he does. The other vampires in the film seem to have no other purpose either than beating up Ryan Reynolds' Hannibal King, while the latter cracks one liners. I didn't pay to see a comedy. Jessica Biel is hot, but I didn't pay to see a Jessica Biel movie. I paid to see Wesley Snipes as Blade, and yet it is like he is cast aside for younger models. Wesley Snipes is the star. He has charisma, on screen and off. Jessica Biel does not, and I don't care about Ryan Reynolds. I paid to see Blade. What happened to Blade?

As most negative reviewers(people who know what they're talking about!) stated : "Blade 1 & 2 kicked ass and was in a class of it's own in the action/comic book movie genera!"This excuse, of a "made for TV" movie is not just an embarrassment to the Blade franchise, but to the entire industry!Where do i start?>> Firstly:>> the movie is called "Blade", so where is he? Wesley Snipes is simply brilliant as Blade (no other actor could have been more convincing), now all of a sudden he's an 'Extra' in his own movie wandering in the Background looking ever so bored, with a cast of "American pie" wannabe actors taking the lead (they're even on the poster!). >> that's like having Britney Spears featured on a Public Enemy or Linkin Park track!>. Is this another ploy from "white Hollywood" bringing in the "snow-white" crew to diminish the lead black actor's presence??Blade works alone>> imagine Superman, Spider man or the Hulk with 2 human sidekicks?>> Ridiculous! They're more of a liability than assistance!!Secondly, while we're on the 'sidekicks'>> since when are humans able to kick Vampires' asses? (that's like a Rabbit beating up a Lion!) What's the point of having Blade around?>>They're barely afraid of the vampires>> Fighting for your life from a bloodsucking demon with your i-pod on?? Cracking wise-ass jokes every chance u get , even though a Vampire has almost killed u more than once>> "give me a f#*king break!" 3rd-ly: Where's the Intensity, Darkness, and Mind Blowing Effects from the first 2 movies?>> This was like watching a cross between a, B-Grade action flick(Chuck Norris)& a bad episode of Friends!Then > we come to the casting and acting>. All Round Poor!!>> Why is Triple-H in this movie????? Why does Dracula look and portrayed even lamer than the one in Vanhelstink? (looks like a euro-trash porno actor) Ryan Reynolds?? Jessica Biel??? (with leading roles??) wtf! ** the casting director is obviously a genius!!!**Blade 4 :>> Either kill Blade off in an attempt to keep his dignity! Or get Del Torro back to make up for this "Mtv Teeny- Bopper" Butt-Hole Fest!!0.5 / 10>>>

Decent third showing for Blade, but nothing brilliant

Unfortunately this movie didn't have the impact on me that the first two did. I've been a big fan of Vampire movies in general as well as the first two movies of the Blade series, so I'm an avid fan of the subject. While this movie offered more in the comedy & comic book feel, it lost the originality, horror, and suspense IMO.Pros ? Cool new weapons & some plucky comedy. Cons ? Lacked any kind of suspense / horror feeling, wasn't serious at all, more of a popcorn movie than the first two. Also a comic book cinematography feel that kind of bothered me.Throughout this movie I never felt a single hint of being in a horror movie, but more so like a super hero movie (like with all Marvel comic movies). Now granted I'd say that the Blade series lingers more on the Sci-Fi / horror fence rather than just horror, but this movie was more like a comedy action and lacked any kind of suspense / horror. The first movie was pretty original, the 2nd was more darker and the mutated vampire strain definitely gave a good creepy & suspenseful element while building off the original storyline. However the third movie lacked any suspense at all as the main bad guy (Dracula, or rather his modern name 'Drake') seemed to lack any substance or omnipotence at all. You didn't fear him or see him as any real threat at all other than his ability to morph into other things which wasn't really used well; hence the suspense went down the tube?The acting was okay, there was a much more comical feel to this one rather than the few one liners of the previous two movies and I guess that rubbed me the wrong way, mainly instigated by Ryan Reynolds (Mr. Van Wilder). While he was certainly physically fit for the part as seen in his torture scene, his relief comedy ways totally change the tone of the movie. Interestingly you never see Wesley Snipes all stripped down, wondering if he's been keeping up with his push ups? Jessica Biel is okay at best. She certainly kicks ass in the movie, but is not very believable in her character IMO and not very good eye candy either, so kind of a dud there. The other thing that really bugged me was her 'listening to MP3's' while doing battling, OMG this is so stupid and so Hollywood. You mean to tell me that she's willing and capable to give up her sense of hearing while fighting vampires, just to appear cool? Give me a friggin break. So unrealistic? Who ever thought up that idea should be shot, hanged, have there ears ripped off and never allowed to work in Vampire movies again? Wesley Snipes played his role same as the first two, kicking ass throughout and having a bad attitude to boot. I wasn't impressed by any of the fight scenes, yeah some of the new weapons were semi cool, but overall the action was nothing new, and the cinematography was so quick and close up that you really couldn't make out the action very well. The end / climactic scene was also a dud, quite befitting for the rest of the movie I recon?I guess the other thing that bothered me about this movie was the fact that in the first two movies you get the impression that vampires are stronger, quicker and more durable that humans (hence the need for Blade), however in the 3rd movie you have Jessica Biel (who is human) as well as Ryan Reynolds (a previous vampire now cured / human) kicking ass all over vampire city. If this were really the case then vampires wouldn't pose much of a threat to begin with. So this aspect really bothered me as the vampires in this 3rd movie came off really weak and ordinary. They didn't come of mystical or powerful at all; even Drake wasn't impressive in the least. This had the net effect of stealing away some thunder from the Blade character as Blade actually gets rescued by his Nights stalker groupies rather than the other way around.Overall the movie was just okay and is much more light hearted than the first two movies, for that reason it may appeal to a wider audience, but in doing so it lost me as a hardcore vampire fan. I couldn't take this movie seriously as the comedy aspect kept pushing through. Unfortunately when you mix Vampires with too much comedy you get crap for a result. Vampires are better suited for horror / suspense movies rather than this 'Hollywood / Please all' crap. Kind of a bummer?

just awesome loved yify since ever

please upload this movie in 1080p thank you.