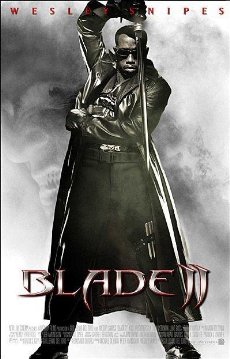 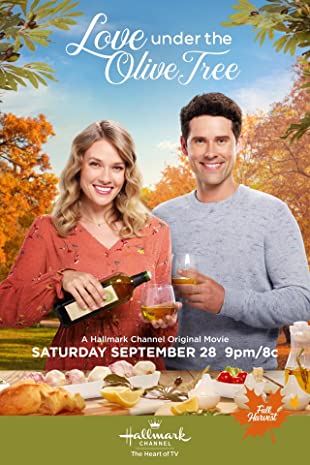 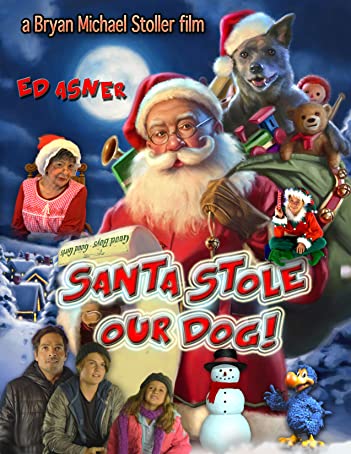 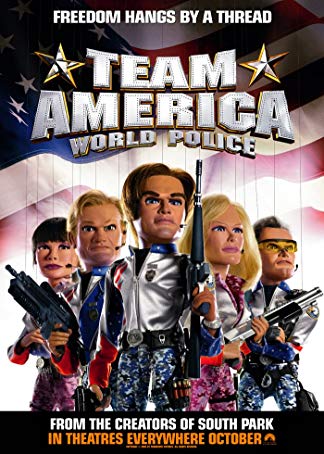 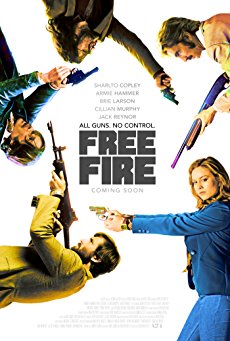 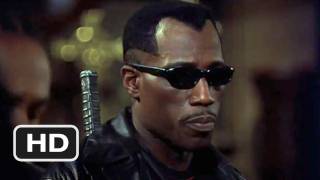 A rare mutation has occurred within the vampire community. The Reaper. A vampire so consumed with an insatiable bloodlust that they prey on vampires as well as humans, transforming victims who are unlucky enough to survive into Reapers themselves. Now their quickly expanding population threatens the existence of vampires, and soon there won't be enough humans in the world to satisfy their bloodlust. Blade, Whistler (Yes, he's back) and an armory expert named Scud are curiously summoned by the Shadow Council. The council reluctantly admits that they are in a dire situation and they require Blade's assistance. Blade then tenuously enters into an alliance with The Bloodpack, an elite team of vampires trained in all modes of combat to defeat the Reaper threat. Blade's team and the Bloodpack are the only line of defense which can prevent the Reaper population from wiping out the vampire and human populations.

A rare mutation has occurred within the vampire community. The Reaper. A vampire so consumed with an insatiable bloodlust that they prey on vampires as well as humans, transforming victims who are unlucky enough to survive into Reapers themselves. Now their quickly expanding population threatens the existence of vampires, and soon there won't be enough humans in the world to satisfy their bloodlust. Blade, Whistler (Yes, he's back) and an armory expert named Scud are curiously summoned by the Shadow Council. The council reluctantly admits that they are in a dire situation and they require Blade's assistance. Blade then tenuously enters into an alliance with The Bloodpack, an elite team of vampires trained in all modes of combat to defeat the Reaper threat. Blade's team and the Bloodpack are the only line of defense which can prevent the Reaper population from wiping out the vampire and human populations.

Other than the explanation of where he came from, who he and everyone else is, at the beginning, this film stands nicely on its own. for those of you that know the first one, then this opening explanation will be a little irritating (and a tad confusing, but it becomes clear later). The opening does smell strongly of franchise potential, being repeated in all the inevitable sequels still to come. Once past this though, we are lead through a massive fight and action scene that sets up the whole movie. and warns anyone who can't stand Hong Kong action scenes that they are probably watching the wrong screen.The movie is essentially a platform for Snipes to have fun with his most renowned character. And he does so with very entertaining results. The movie has reasonably well rounded characters, suspicion piled on top of everyone, some amazing set pieces and a good sense of humour. The impact of all the blood and guts is reduced by the obvious fantasy of the fights (wires and SFX a lot of the time), but its still pretty powerful.The lead performances are all very good, although some of the peripheral characters are a little too hammer horror. Luke Goss demonstrates great potential, although you would need to see him without the make up, body doubles, and special effects to really judge. and there is occasionally that urge to shout "when will I be famous." and the pure blood female vampire who takes a shine to blade is well worth being bitten by.Overall it feels less like a sequel and more like a stand alone movie. with this in mind, I think its in fact better than the original (a rare example of the exception that proves the rule).

A sequel that does everything in it's power to top the original and it comes to being as good.

Blade 2 takes what made the first Blade film good and transforms it into a different country with different characters (outside of Blade and Whistler) and a possibly deeper feel, and it works without going into the bad sequel range.This time, the vampires Blade (Wesley Snipes) has been hunting down for so many years want to make a truce so that he can help them kill a new breed of monsters called reapers, which if you want a brief description are creatures that look like half vampires half zombies and half, whatever, with a chin that opens up a big damn mouth that before attacking it's prey could resemble a mini-sarlac pit (star wars reference). Blade reluctantly agrees, knowing full well that the vampires could turn on him and Whistler if things go wrong.Overall, Blade 2, for the fans of the first one, will not dissapoint them. It contains enough imaginativeness and gore effects to brighten the most down of horror film and comic book enthusiasts. The film also contains some of the best makeup I've seen in a while in a horror movie. A-

Blade II is an exciting action film that takes the tired vampire story and adds a new twist by introducing an entirely new villain. Sure, there is sure to be some controversy (at least among film fans and fans of the genre) about whether or not it is right to introduce new characters in this way. Vampires are a tired theme at the movies, but it is a time-honored genre in itself that deserves respect just from the fact that it has been around for so long in literature before the movies. The question of whether or not the writers were justified in introducing these new characters is, in my opinion, satisfied by the fact that they made such quality villains that fit so well into the genre.I am thrilled to see that they didn't just make another dumb Blade film that was exactly the same as the original except for the possibility of some new special effects, because these new characters, called Reapers, are exactly what the film series, as well as, potentially, the genre as a whole, needed. Reapers are blood-feeders, just like vampires, except they feed on humans as well as vampires, effectively making them an enemy of both, and their thirst is much stronger than the traditional vampire. And to make matters worse (or better, depending on whether you are an enemy of the Reapers of a member of the audience), they are identified by a scar which runs down their chin. This scar is where the lower jaw splits open when the Reaper is feeding, creating a frighteningly massive mouth like a vampire version of the Predator, and which has things inside it reminiscent of the horrifying and strangely unique Tremors. There are some amazing make-up effects here as well, although I can see the film being automatically overlooked at the Oscars in 2003 simply because it is the successor of such a low class action/horror film, as well as because this is just not the kind of movie that wins Academy Awards. I'm not sure that there is anything in this film that is likely to catch the Academy's attention, but the make-up was very impressive to say the least. Wesley Snipes returns to the role of Blade, the half-human/half-vampire creature dubbed the `Daywalker' because of his ability to withstand sunlight. This is in itself one of the better parts of the movie, because even though I was enormously unimpressed with the original film, there is no one that could play this character as well as Snipes does. There is also an interesting conflict introduced as Blade is forced to team up with the vampires, his mortal enemies who we are to assume could turn on him at any time, in order to fight the Reapers (by far the more dangerous enemy), who ?reproduce,' you might say, at an astonishing rate. It's too bad, though, that the existence of the Reapers was introduced by vampires in a rather impressive although entirely unnecessary fight scene between a couple of vampires and Blade himself. Blade is attacked one night by two vampires wearing body suits (and some goggles that probably retain the coolest effect of the entire film), they fight violently for several minutes at full speed without rest, until one of them suddenly kneels before Blade and asks for a truce, informing him that there is now something on the streets that is even worse than him. If they were going to ask for a truce, you would think that they would approach him at least a little differently. One of these vampires (the better fighter, as it were) turns out to be Nyssa Damaskinos, a sexy brunette vampire who's lipstick was not smeared in the least even by all of those flying kicks that she took to the face from Blade about 15 feet in the air. Remarkable.There seems to be a growing trend of having honest fight scenes replaced at an ever-increasing amount by special effects. Consider how vastly the role of special effects increased in Jet Li's fight scenes in Lethal Weapon 4 (relatively few special effects), Romeo Must Die (massive amounts of special effects), and The One (relatively few movements that were NOT special effects). This same trend is clearly influencing other films that are not made to be primarily fighting films, such as Blade and Blade II. The weapons that Blade carries around are still cool (think of them as a dark version of the toys that James Bond was sometimes given to take on his missions), and while the fight scenes in Blade and especially Blade II are undeniably thrilling and fun to watch, it's impossible to ignore the fact that most of what we are watching is computer generated. As a whole, Blade II succeeds in reviving the story of Blade, which was not done justice by the original film. The Reapers were a much-needed and very impressive addition to the story, and the resulting conflict between the vampires and Blade himself as they are forced to take sides together provides such an interesting conflict that it almost overshadows the one created by the Reapers, who are by far the more dangerous villains. There is, of course, some stuff here that was thrown in without apparent reason and therefore without beneficial affect (such as the unnecessary, however impressive, fight scene between Blade and the two vampires early in the film), but as a whole the film rises high above its predecessor. The fact that the original film ends with Blade becoming a worldly vampire-hunter is mostly ignored in this film, although this one does end with a similar bit of comic relief and may even leave room for a second sequel. And as much as I disliked the original film, after watching Blade II I can't say that I would be too disappointed to see a Blade III come out in a few years.

He's back, and this time he's teaming up with his arch enemies to hunt a new threat; reapers. They hunt down vampires and turn them into their own kind, plus they are almost as invulnerable as Blade himself.Blade has to lead the blood pack, a group of vampires trained to hunt him; they are the best the vampires have, but without blade they are no match for the reapers.More action, better special effects and a truly awesome performance by Luke Goss as the reaper, Blade 2 is sheer entertainment that is at least as good as the original, maybe even slightly better.8/10

please upload this movie in 1080p thank you.